Spain is one of the top 15 largest economies in the world by nominal GDP, as well as one of the world’s largest from the purchasing power parity perspective. It has experienced a somewhat balanced economic recovery in the last decade, with the averaged GDP growth being leveled to 2.8% since 2014. Yet in 2018 and 2019 it has observed a staggered decline of 0.4pp. Though, a 2% net export growth was in order. Despite a rise in real wages, private consumption growth has slowed down.

Besides, in regards to public finances, the country’s budget deficit hit 2.3% in 2019. Personal income taxes and social contributions from increased revenues have contributed a great deal to a surge in the budget. The debt-to-GDP ratio has declined to 96.4% in 2019 and could be expected to follow a downward path in the upcoming years. Inflation has seen an important change stepping down to 0.7% in 2019 (from 1.7% in 2018).

With the last indicator being the unemployment rate declining to 14.1%, it is safe to say 2019 has been a somewhat successful year. Therefore, we at Global Database have compiled the list of top 20 companies in Spain by sales as a review of the prominent players is in order.

*All figures are in USD. B: Billions of USD 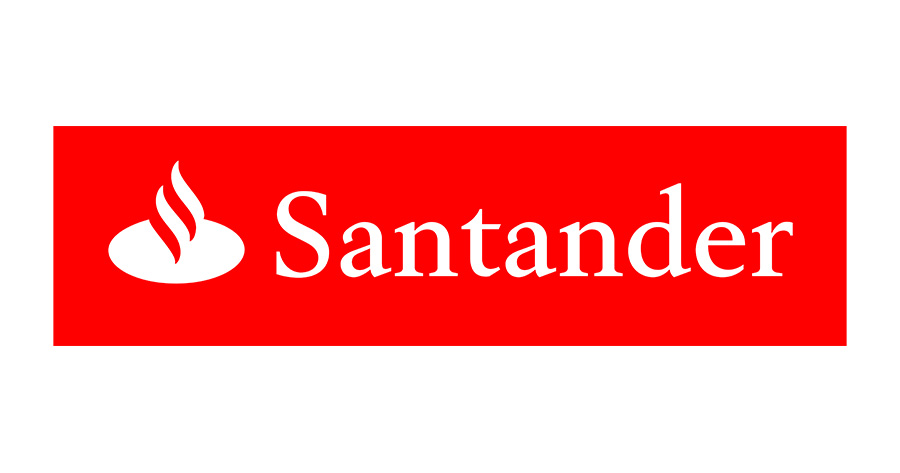 Banco Santander S.A. (further Santander) strikes the number one spot on our list with a whopping $89.2B in sales in 2019, all while prevailing as the 16th-largest banking institution on the global scale, with the number being shaved to 5th when limiting the area to Europe. Santander was founded back in 1857 but has seen more prominent action at the start of the 21st century once the merger of “equals” was in order with Banco Central Hispano. 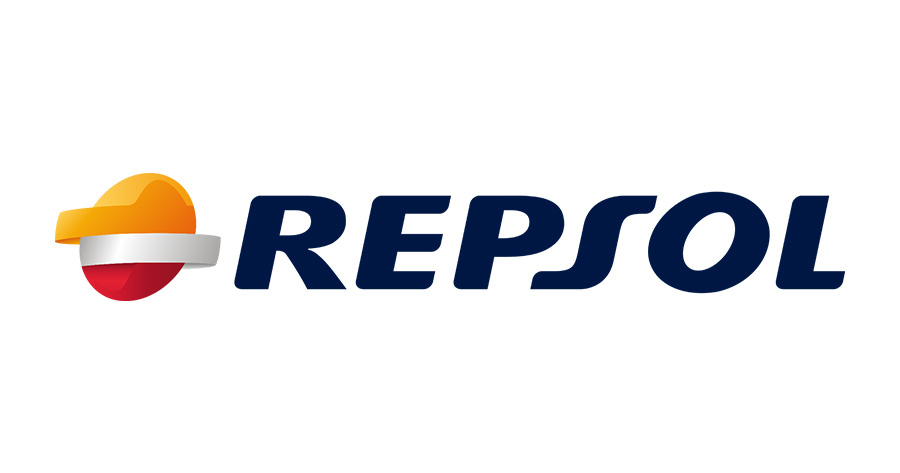 Repsol S.A. (further Repsol) is a fossil fuel company headquartered in Madrid, Spain. It manages upstream and downstream activities all across the world. As such, Repsol has quite a varied portfolio of services regarding the possibilities of oil and gas exploitation: exploration, refining, distribution, marketing. By-products like petrochemicals and power generation are also added into the mix. More than 25.000 employees fuel the Repsol’s furnace thus contributing to an extraordinary feat of $55.2B in sales at the dawn of 2019. 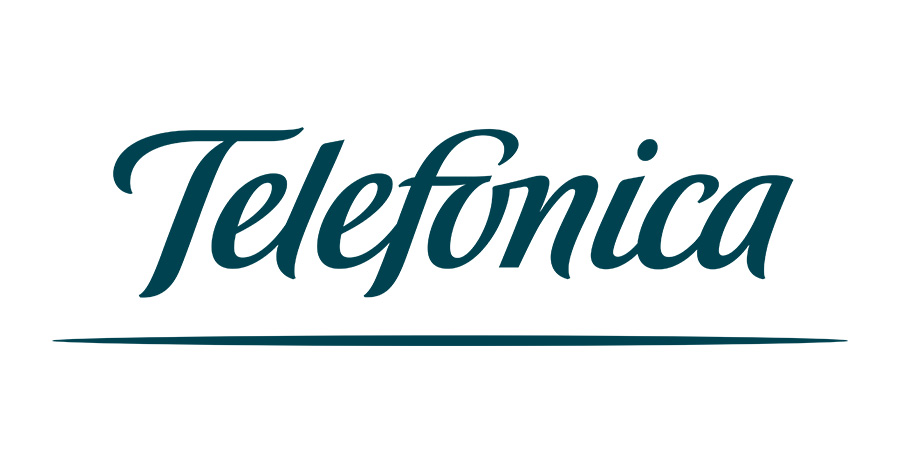 Telefónica S.A. (further Telefónica) is a telecommunications company based in Madrid, Spain. When taking into account total revenue, Telefónica is the 7th-largest telecom company worldwide and the 9th-largest mobile network provider by number of subscribers. Telefónica’s telecom portfolio consists of fixed and mobile telephony, broadband, and digital television. Known brands operating under its wing are Movistar, O2, and Vivo. In 2019, Telefónica achieved $54.2B in sales and takes the number three spot in our top 20 companies in Spain. 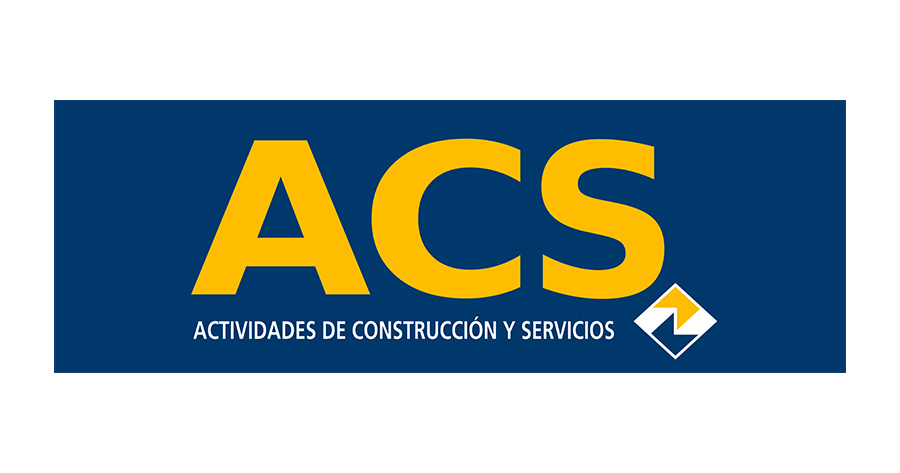 ACS, Actividades de Construcción y Servicios, S.A. (further ACS Group) is a Spanish civil and engineering construction business offering various types of works ranging from public and residential to environmental and logistics. It is a leading construction company across the world simultaneously managing projects in different countries. ACS Group, as we know it today, was founded in 1997, however, earlier investments have contributed to the success it has now. All in all, the Group reaped the rewards of its hard work at the end of 2019 with $43.7B in sales. 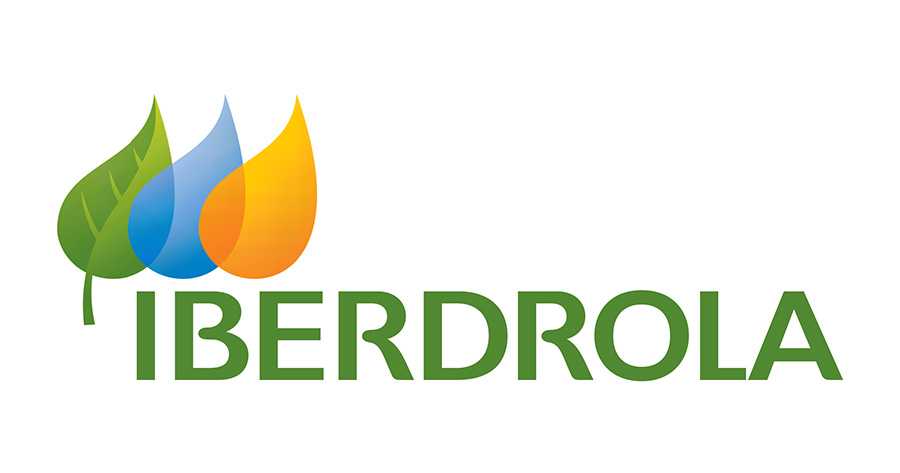 Iberdrola S.A. (further Iberdrola) is an electric utility company headquartered in Bilbao, Spain. It stretches a common service portfolio for such types of firms, electricity generation and distribution, with the exception of dabbling in telecommunications. Iberdrola serves more than 31.67 million customers across the continents supported by 34.000 employees. A leading energy company, it takes away the 5th place on our top 20 companies in Spain by sales in 2019 with a mark of $39.7B. 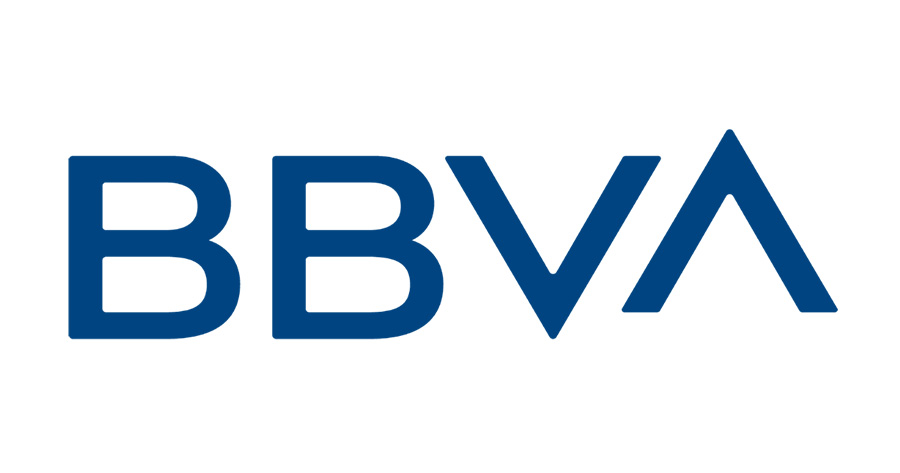 BBVA-Banco Bilbao Vizcaya S.A. (further BBVA) is a Spanish financial services firm ranking the 42th-largest financial institution in the world. BBVA’s activities are mainly focused on maintaining a presence in the Americas, Spain, Turkey, and Romania, but does stretch its almost 8.000 offices to cover more than 30 countries. In 2019, BBVA accomplished a feat of $38.3B in sales. 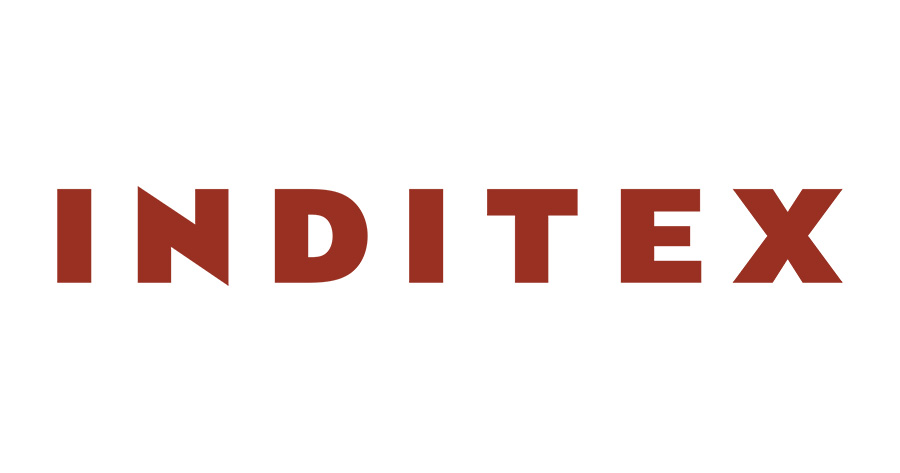 Industria de Diseño Textil S.A. (further Inditex) is, as the name might have given it out, a clothing company headquartered in A Coruña, Spain. Doubling down on its unique business model, funneling only a small amount of immediate production and instead using customer feedback coupled with an efficient underlying logistics system, is the fact that Inditex is the biggest fashion group in the world. Inditex closed 2019 7th on our list achieving a $31.9B in sales. 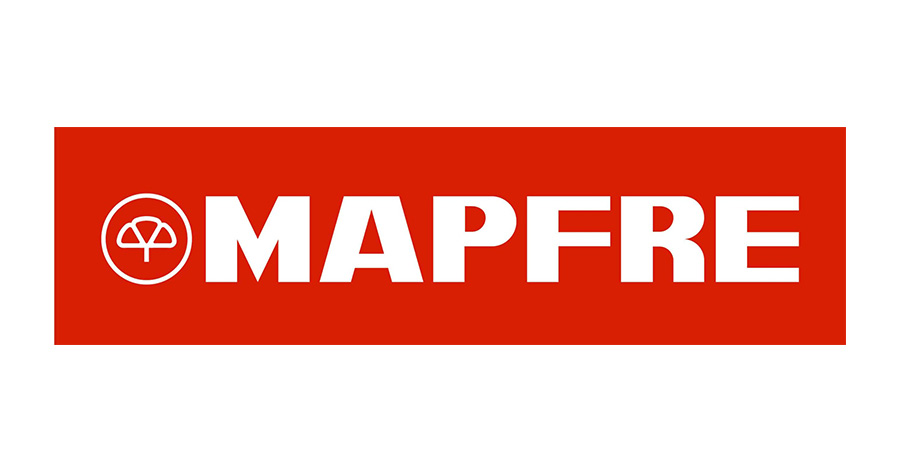 Mapfre S.A. (further Mapfre) is an insurance group, headquartered in Majadahonda, Spain, leading the charge as the number one in Spain. The company emerged in 1933 by an entity which contributed to the business’s current name, albeit shortened (Mutualidad de la Agrupación de Propietarios de Fincas Rústicas de España). In 2019, Mapfre grabbed a sales achievement of $24.5B, hence the 8th spot in our top Spanish companies by sales in 2019. 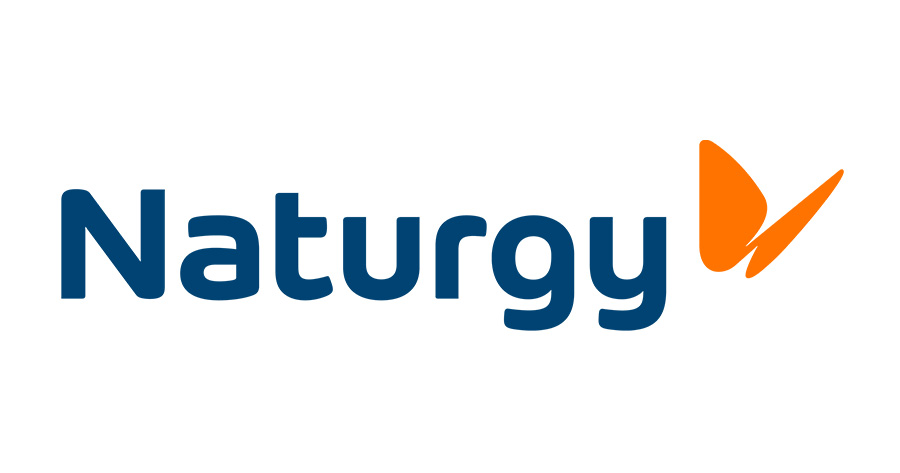 Naturgy Energy Group S.A. (further Naturgy) is a natural gas and electric utilities company headquartered in Barcelona, Spain. The primary focus is supplying and distributing natural gas as well as electricity in Spain. However, Naturgy doesn’t shy away from conducting business in other European and South American countries. More than 15.000 employees aided in accomplishing the feat of $24.2B in sales as reported at the end of 2019. 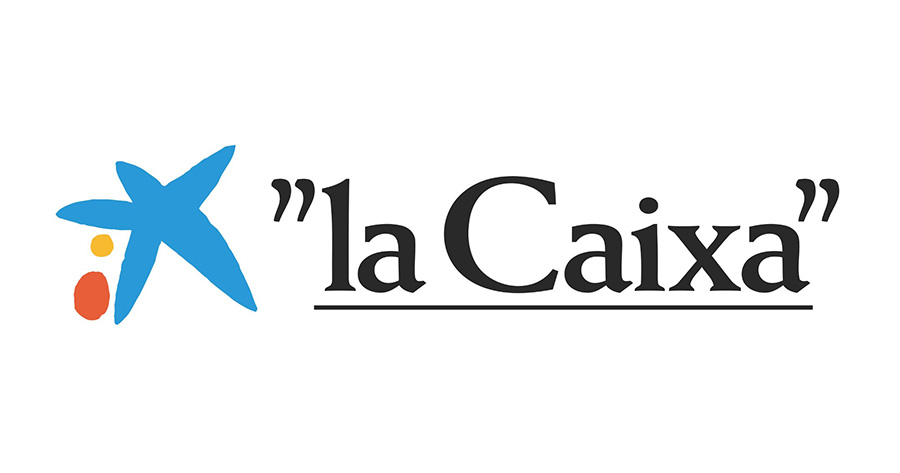 CaixaBank, S.A. (further CaixaBank) is yet another financial services company headquartered in Valencia, Spain, coming in third after two of our other contenders: Banco Santander and BBVA. Even if it’s not the leading force in the industry, CaixaBank stretches its wings far enough to serve almost 16 million customers through its network of 5.400 branches. As 2019 drew near, CaixaBank has attained $11.3B in sales. 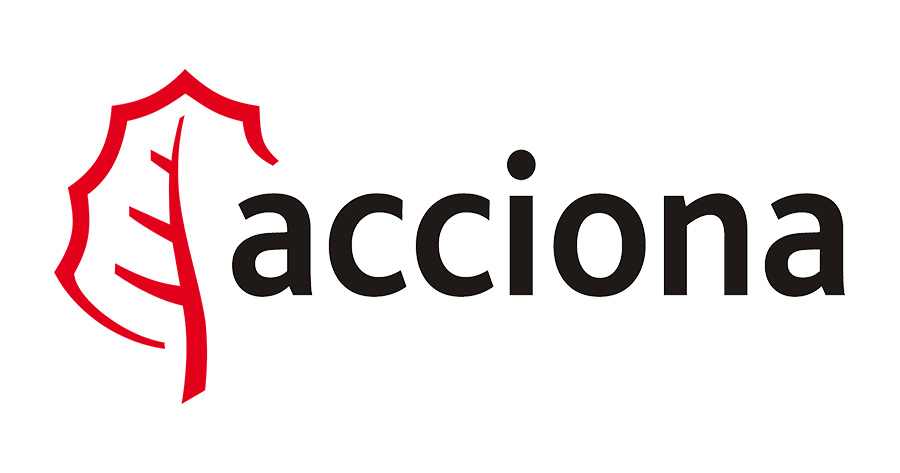 Acciona S.A. (further Acciona) is a Spanish conglomerate dealing in infrastructure works along with renewable energy. The company was founded in 1997 as a merger of Entrecanales y Tavora and Cubiertas y MZOV. Acciona is headquartered in Alcobendas, Spain and its U.S. operations’ office stands tall in Chicago, IL. Approximately 40.000 employees have put in hard work to attain $8B in sales for 2019, taking the 11th place in our list of top companies in Spain by sales. 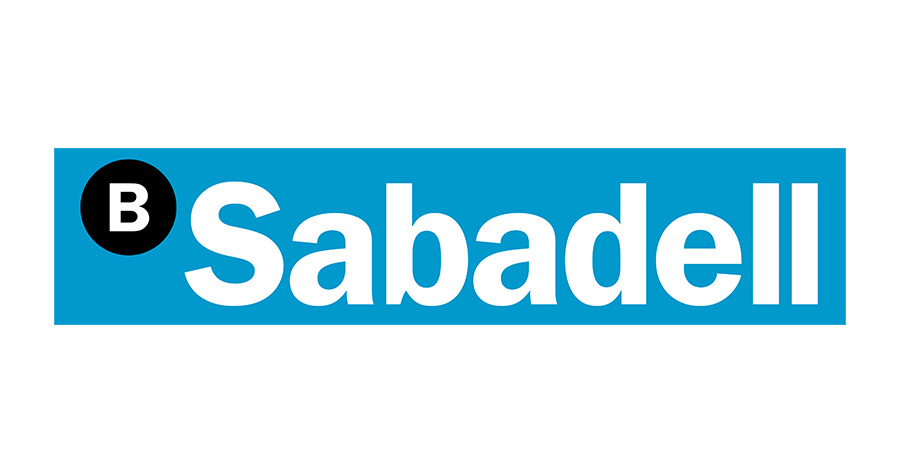 Banco de Sabadell S.A. (further Sabadell) is a banking group headquartered in Alicante, Spain. Sabadell labels itself as a universal bank specializing in serving SMEs. It all started in 1881 thanks to a same-minded lot of businessmen and traders willing to put their finances forward to found a bank that would finance local industries in an attempt to obtain raw materials at more favourable conditions. Their dream did not end. In 2019, Sabadell reported $7.6B in sales. 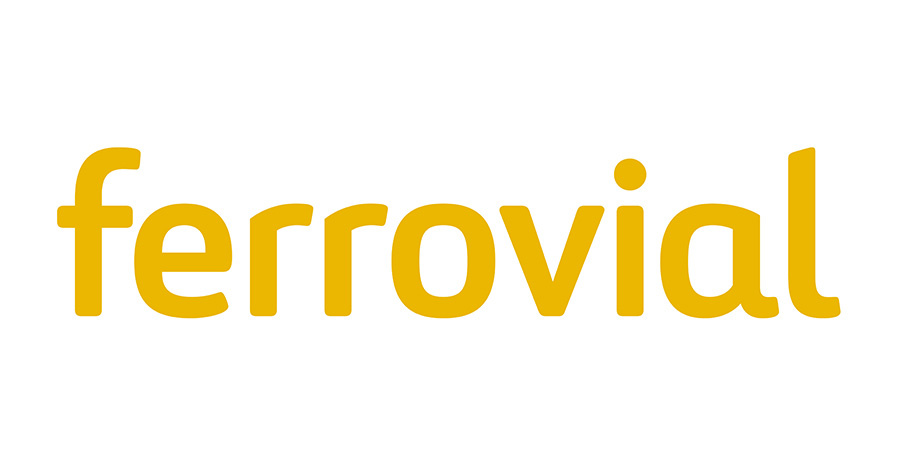 Ferrovial, S.A. (further Ferrovial) is a company, headquartered in Madrid, Spain, operating in the design, construction, financing, and operation of transport infrastructure and urban services. Four divisions and their respective activities make up the Ferrovial brand: Highways, Airports, Construction, and Building. Ferrovial was founded in 1952 as a railroad construction company and moved on through different acquisitions thus expanding its line. The business ended 2019 on a note of $6.8B in sales. 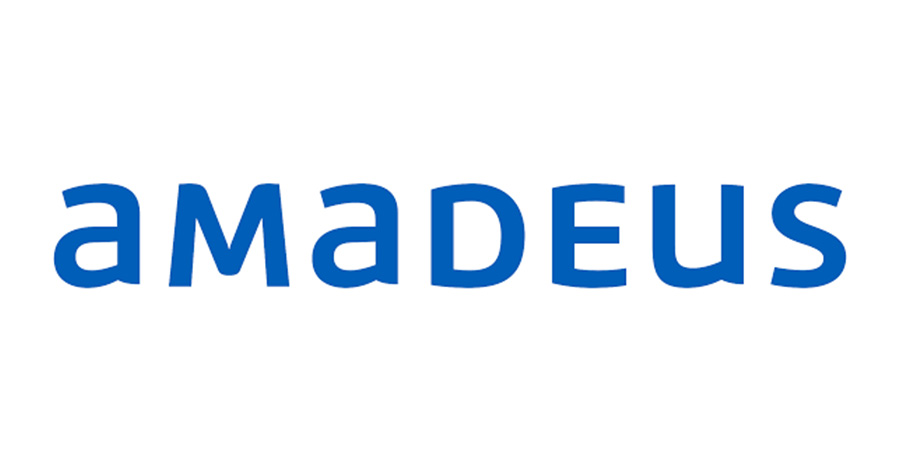 Amadeus IT Group S.A. (further Amadeus) is an IT company, headquartered in Madrid, Spain, providing its services to businesses involved in the travel and tourism industry. Amadeus provides booking and ticketing services through its global distribution system (Amadeus CDR). Additionally, it offers computer software for automatization purposes. The company employs 19.000 workers and covers 195 countries. In 2019, the Group accomplished $6.2B in sales, hence the 14th spot on our top 20 companies in Spain by sales in 2019. 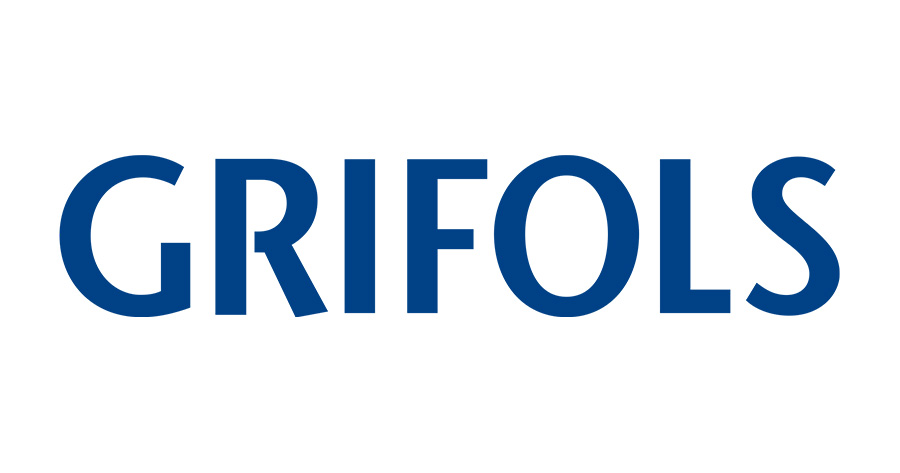 Grifols S.A. (further Grifols) is a multinational pharmaceutical and chemical manufacturer based in Barcelona, Spain. The main focus of the company is fabricating blood plasma-based products, but it also provides various devices, instruments, and reagents for clinical laboratories. Grifols’ roots go back to a hematologist’s laboratory founded in 1940 and his son who was the first researcher to publish the plasmapheresis procedure. Grifols’ efforts have accomplished $5.7B in sales in 2019. 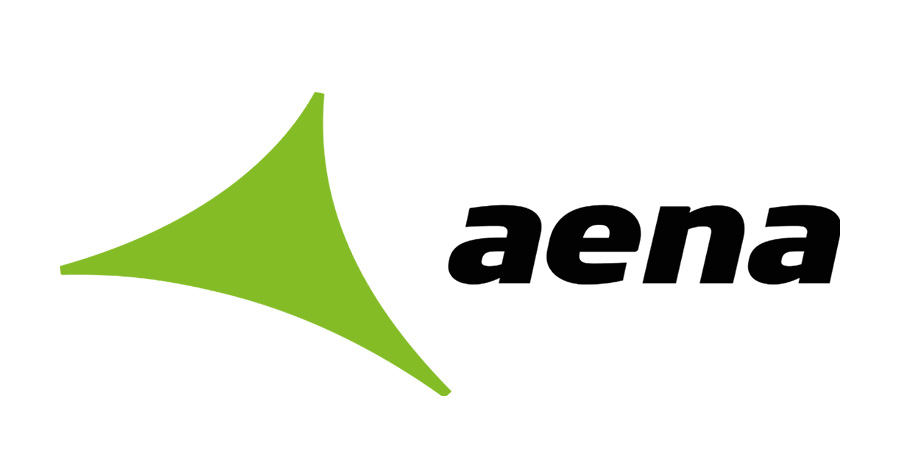 Aena SME S.A. (further Aena) is the world's largest airport manager boasting a network of 46 airports and 2 heliports in Spain. Aena leads the charge further through its subsidiary “Aena Internacional” which oversees 15 airports in Europe and America. It was founded in 2010 due to the segregation from the Spanish Airports and Air Navigation (Aeropuertos Españoles y Navegación Aérea - AENA). In 2019, Aena reached $4.8B in sales. 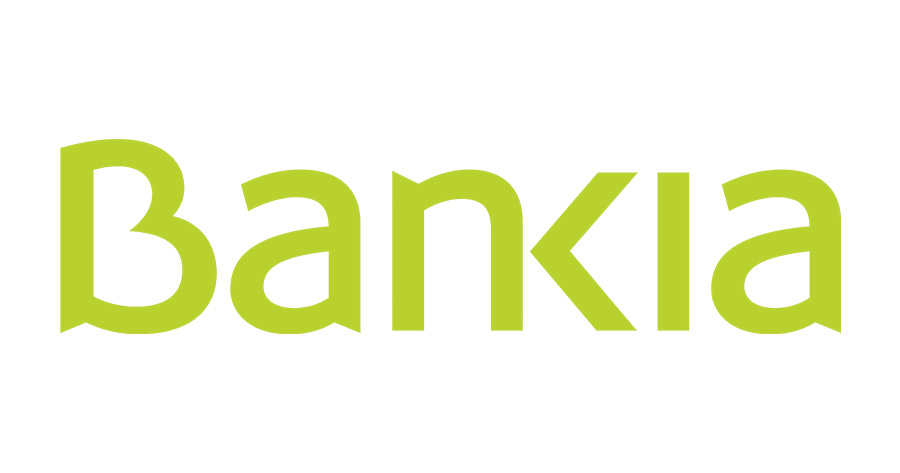 Bankia S.A. (further Bankia) is a financial institution, headquartered in Madrid, Spain. Formed from the union of seven regional saving banks, it’s now coming in as the 4th largest bank in Spain. After the fusion settled, the bank took a turn for the worse and needed a government bailout in order to revive the business. The next year, Bankia returned to profitability despite the various limitations placed due to receiving state aid. In 2019, Bankia scored $4B in sales, hence the 17th spot in this list of top companies by sales in Spain. 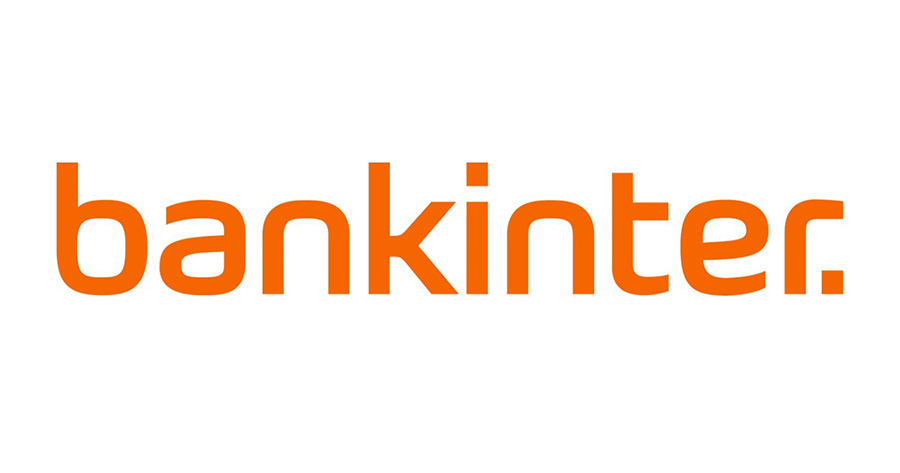 Bankinter, S.A. (further Bankiter)  is a financial institution headquartered in Madrid, Spain. The business was established in 1965 as a joint venture between Banco de Santander and The Bank of America. As the 90s rolled in, it had in its visors a growth strategy together with Banca Partner and Red Agencial. It was also in this period that Bankinter became the first digital bank following the trend of electronic banking. At the dawn of 2019, Bankinter managed a feat of $2.6B in sales. 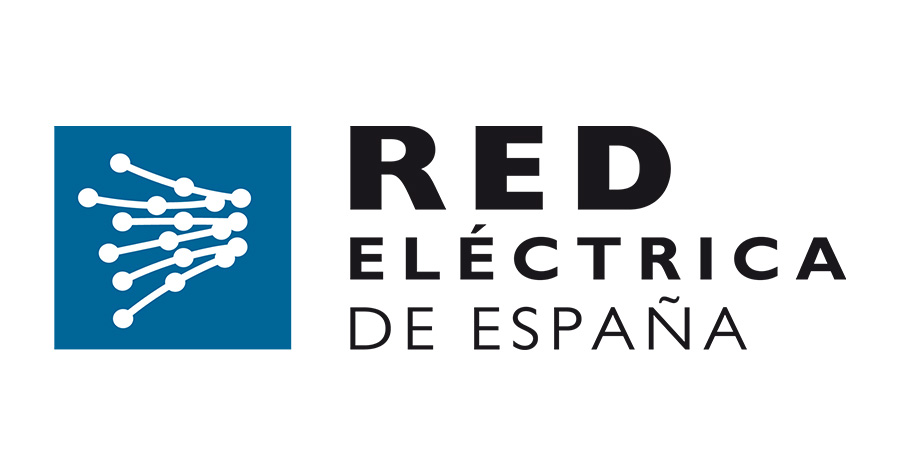 Red Eléctrica Corporación S.A. (further Eléctrica) is a Spanish corporation operating the national electricity grid. As a transmission system operator, it only oversees the correct distribution of electrical power from generation plants to regional and local grids. Therefore, it doesn’t produce electricity on its own. At one time it was involved with telecommunications, but has sold its unit Alubra to a german company. In 2019, Eléctrica reported $2.2B in sales. 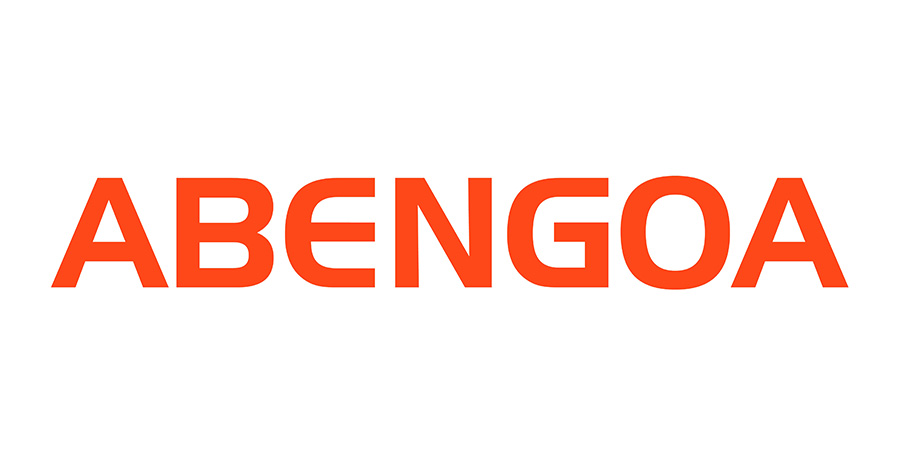 Abengoa is a Spanish engineering, construction, operation, and maintenance company operating in infrastructure, energy and water sectors. One of the main investments is research in sustainable technology such as concentrated solar power and desalination, which are implemented in Spain and exported globally. The company was founded in 1941 with the initial scope of creating a five-ampere mono-phase meter, quite the ambitious task at that time. Through various opportunities Abengoa came to rise and ended 2019 with $1.7B in sales, closing our list of top 20 companies in Spain by sales in 2019.