The food retailing industry is one of the biggest and oldest in the world. Its market size is continuously growing and is expected to hit $12.24T by 2020 at a compound annual growth rate of 6.9% according to the Grand View Research. The fastest growth in the industry is mainly driven by Asia Pacific markets. This happened due to multiple modern retail chains, like Sun Art Retail Group, Yonghui and PCSC, that entered these markets during the last years and still don’t manage to saturate the growing demand. On the other hand, most of the Western European markets are already saturated with the existing supply of large food retailers like Sysco, Tesco, Carrefour or Metro AG, so their development is somewhat slow.

People’s spending power is being improved. The premium food and grocery products become more affordable, so the market is generating more and more revenue. This makes it very attractive for new business players and fruitful partnerships, especially for the packaged food and drinks sectors, that are forecasted to be the most promising in the next few years.

Get an overall view of the global food retail market and its leading players using the list below to precisely set your investment and partnership goals. Here are the most prominent companies in the industry:

*National currencies were converted to USD using an average exchange rate for 2018. 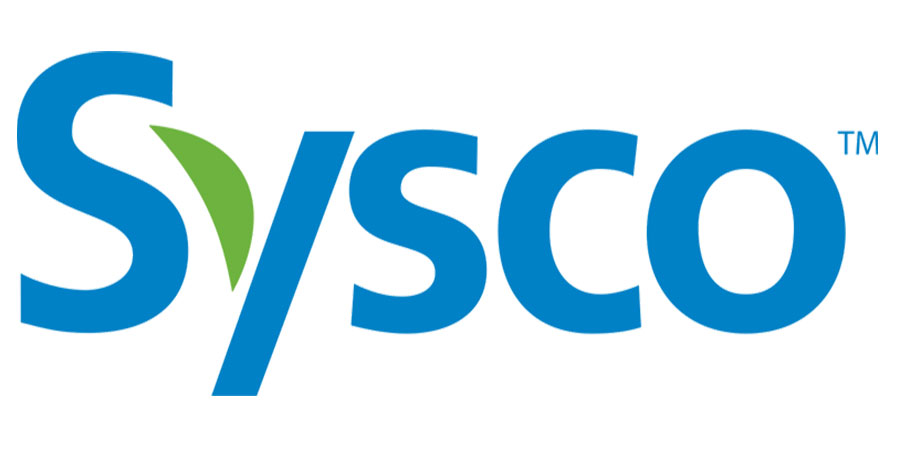 Sysco Corporation (further Sysco) is the biggest food distributor in the world and the leading international corporation, uniting food-related businesses. Sysco had a market value of $36.5B in 2018.  The worldwide company activities made it generate annual sales of $59.6B in 2018. It now serves over 600,000 clients in 90 countries through around 330 distribution facilities. 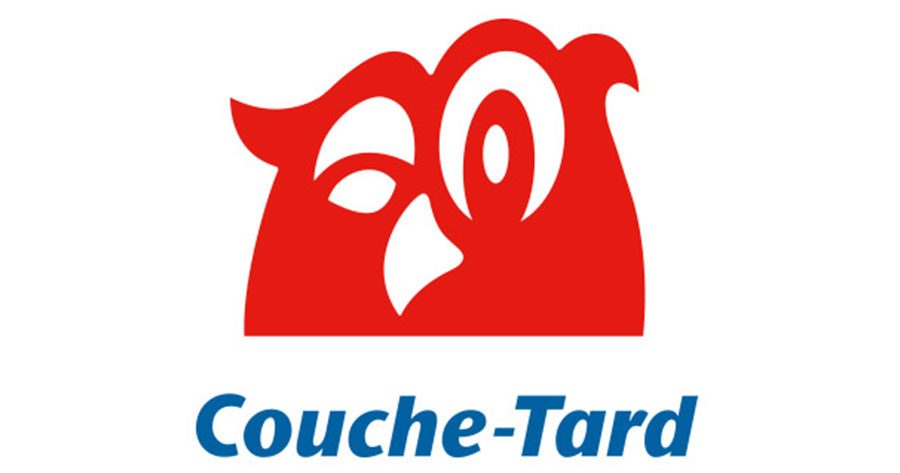 Alimentation Couche-Tard Inc. (further Couche Tard) is an international convenience-stores managing company from Canada with a market value of $33.7B. Its 15,000 shops, working under 7 brands, in 7 countries from the Americas, Europe and Asia, contributed to the annual sales of $59.7B in 2018. The aggregate company’s assets value was $22.2B in the last year. 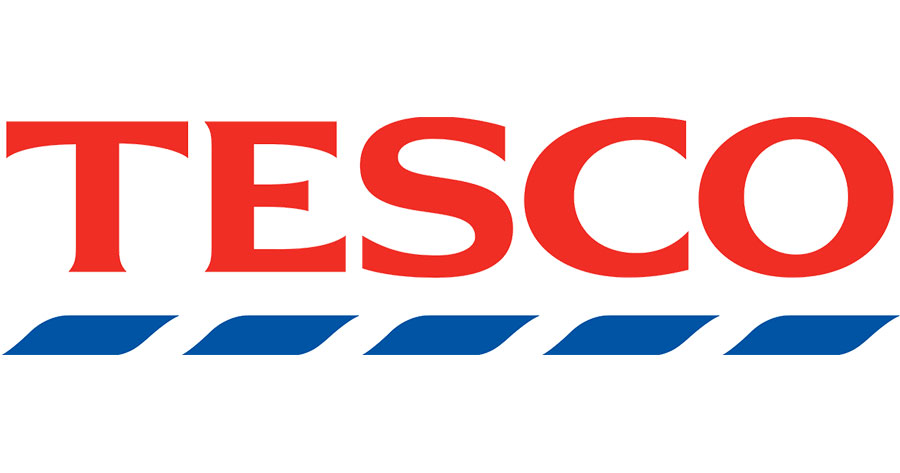 Tesco plc (further Tesco) is the biggest groceries and general merchandise retailer in the UK, and the 3-rd biggest food retailer in the world by market value ($31.9B in 2018). Tesco is the most prominent company in the groceries markets of the UK, Thailand, Ireland and Hungary, and operates stores in 7 countries, which made sales of $84.3B in 2018. 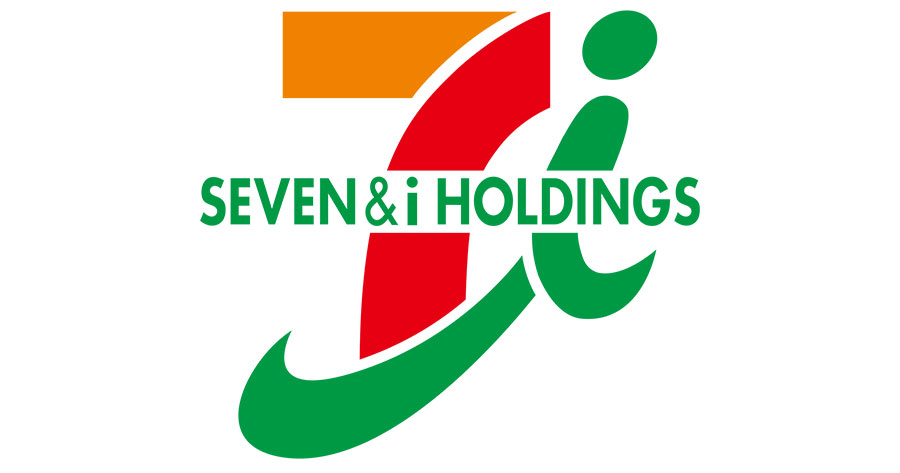 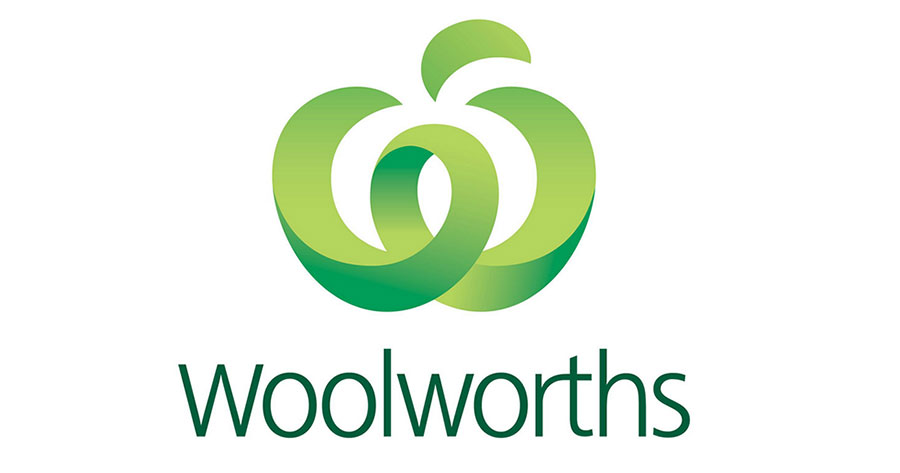 Woolworths Group (further Woolworths) is the largest food retailer in Australia by market value ($29.3B), and the 2nd biggest by revenue ($42.9B). It operates a large chain of supermarkets in Australia and New Zealand, including over 70 shopping centres. The total assets value is $17.5B. 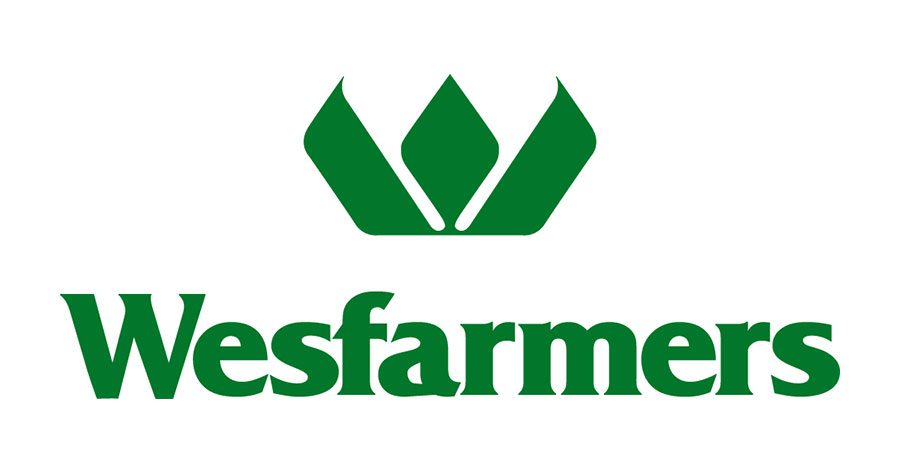 Wesfarmers Limited (further Wesfarmers) is yet another major Australian retailer, the main competitor of the Woolworths Group, recording a market value of $28.4B. It is the biggest private employer in the home country, with around 220,000 professionals working for it. The Wesfarmers retail chain, operating in Australia and New Zealand, generated $33.8B in sales in 2018. 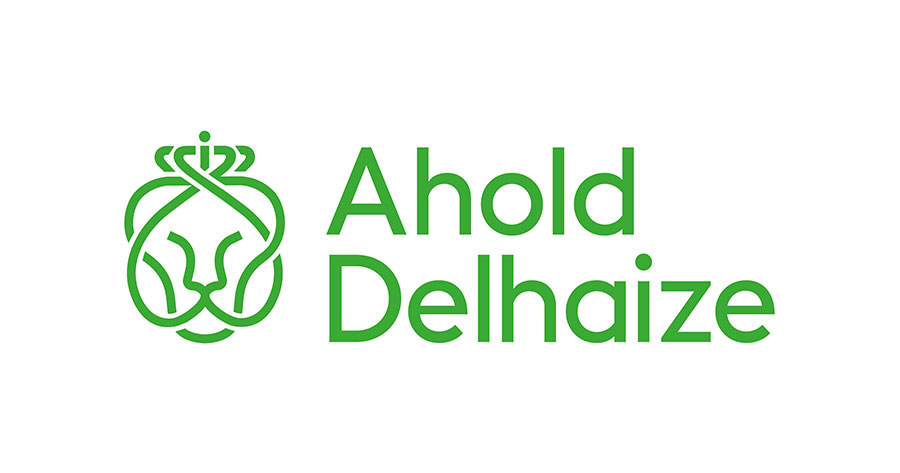 Koninklijke Ahold Delhaize N.V.(further Ahold Delhaize) is a retail enterprise from Netherlands, operating around 21 local brands through 6,500 shops in 11 countries. The company’s activities in 2018 provided it with annual sales of $74.1B and profits of $2.1B. Ahold Delhaize’s market value is $38.1B as of 2018. 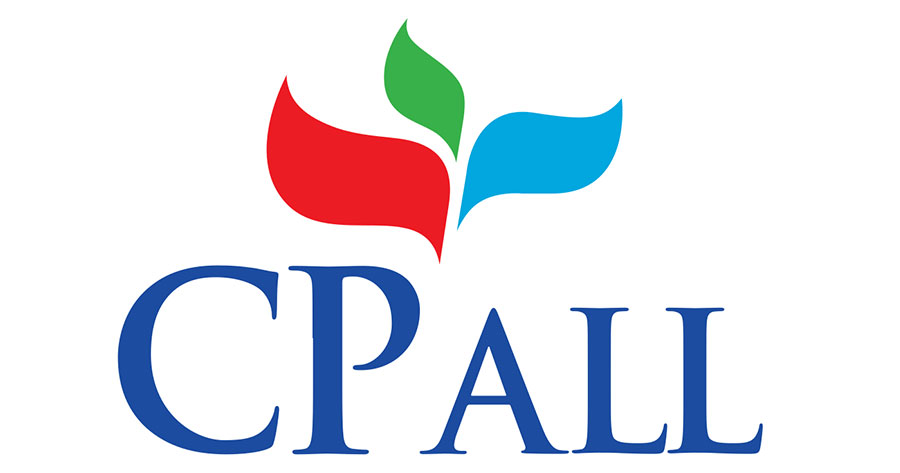 CP All Public Company Limited (further CP All), is the 7-Eleven convenience stores operator in Thailand, owning assets worth $11.5B and having a market value of $21.7B. It operates over 10,000 shops of the 7-Eleven trademark across Thailand, that generated annual sales of $15.7B in 2018. 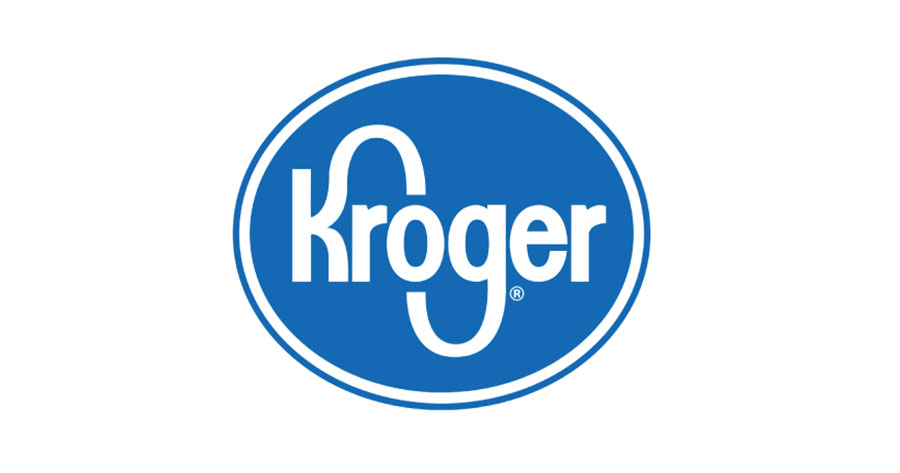 The Kroger Co. (further Kroger), the 2nd biggest retailer in the USA by market value ($20.6B), is the leading local supermarket chain in terms of annual sales in 2018 - $121.2B. This was earned by operating a wide network of almost 3,000 supermarkets and department stores across 35 US states. 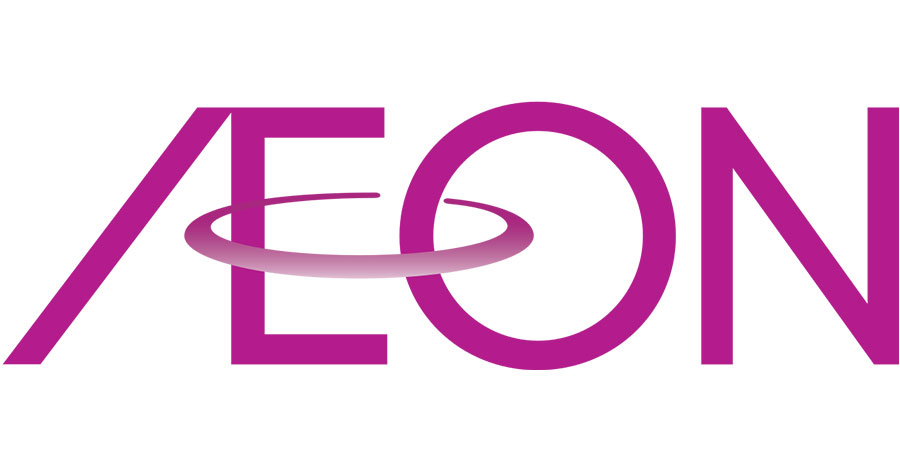 ÆON Co., Ltd. (further AEON) operates a retail network of 300 subsidiaries and 26 affiliated enterprises across Japan that contributed to the annual sales of $15.2B and profits of $214M in 2018. The company is primarily listed on the Tokyo Stock Exchange and has a market value of $15.2B. 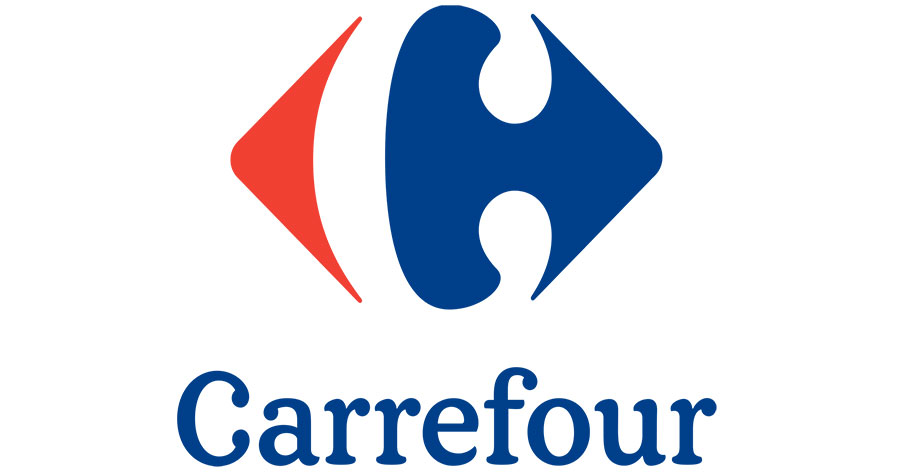 Carrefour S.A.(further Carrefour) is one of the world's biggest hypermarket chains with a market value of $14.7B and a famous international retailer. Carrefour operates over 12,300 self-service stores in over 30 countries that generated $91.9B in sales in 2018. The company’s assets were worth $54.2B in 2018. 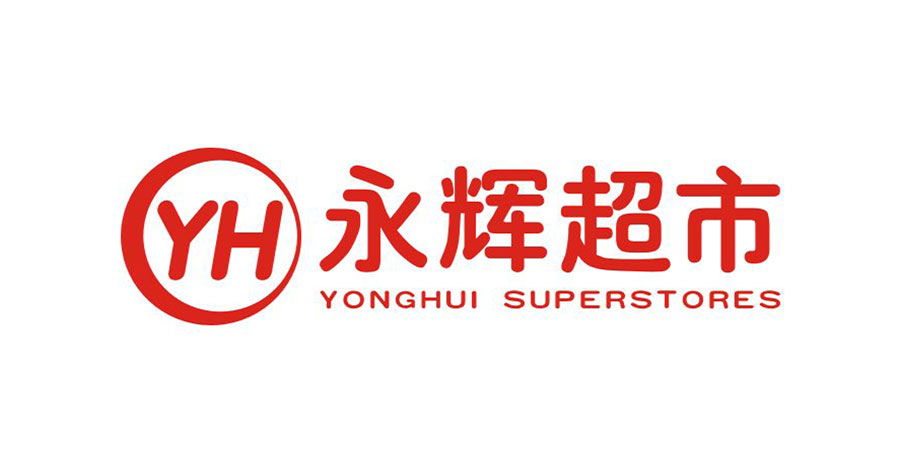 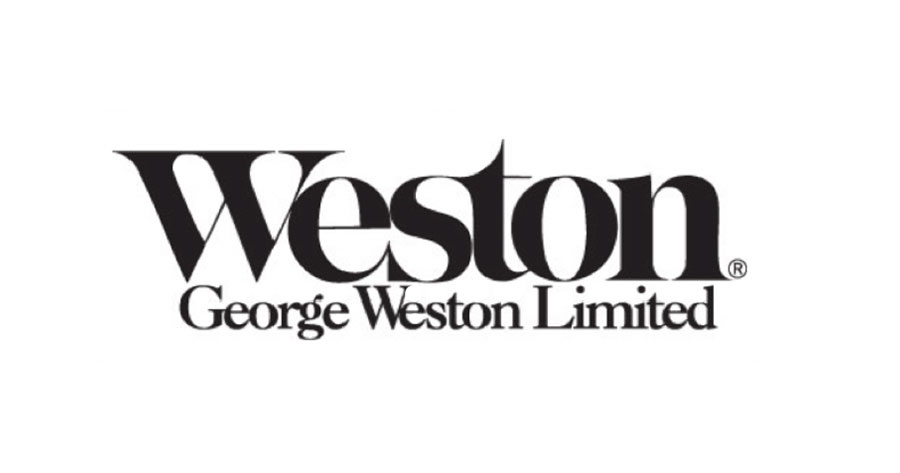 George Weston Limited (further Weston) is a food processor and retailer from Canada with a market value of $11.7B. The company operates across North America, owning 19 bakery, 28 grocery and 13 other brands. They earned around $37.5B in sales and $443M in profits as of 2018. 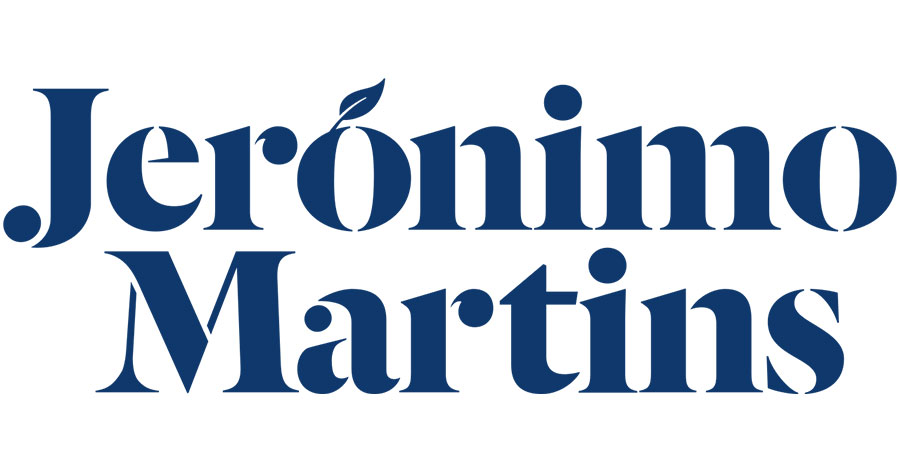 Jeronimo Martins SGPS, SA Sociedade Aberta (further Jeronimo Martins) is a Portuguese food distribution and retail corporation, operating over 3,600 stores in Europe and Latin America. Its market value was $9.9B in 2018, annual sales and profits were $20.5B and $473M respectively. Last year Jeronimo Martins owned assets worth $7.6B. 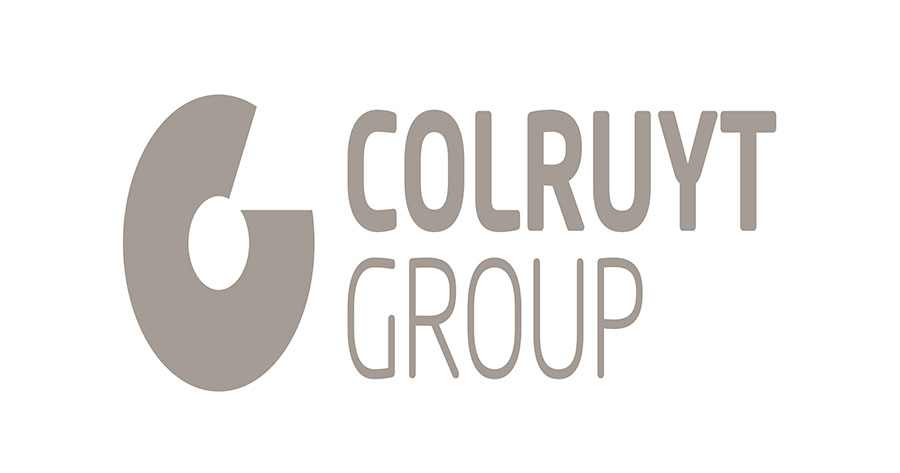 Colruyt Group (further Colruyt) is a family-owned enterprise of retail stores and other subsidiaries from Belgium with a market value of $9.6B. It operates 220+ discount supermarkets, as well as multiple grocery stores and organic supermarkets, that generated $10.9B in sales in 2018. 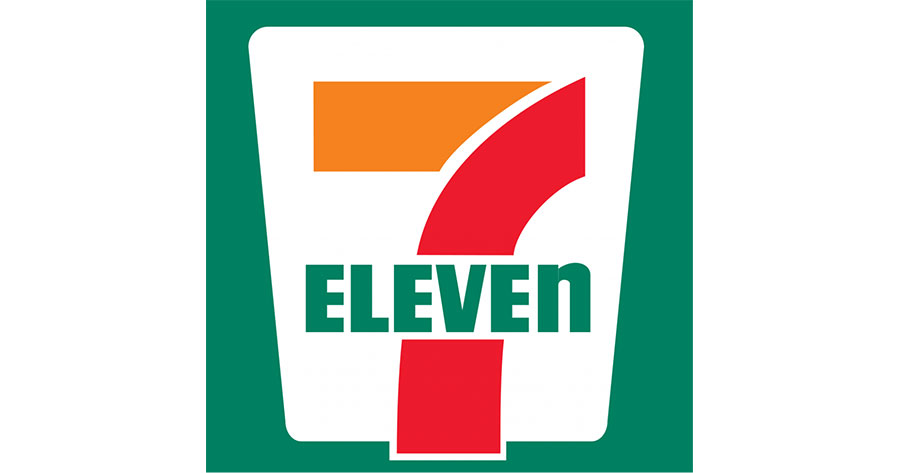 President Chain Store Corporation (further PCSC) is a subsidiary of Uni-President retail group, operating the 7-eleven chain in Taiwan. It runs around 5,500 7-eleven stores and 9,500 PCSC stores in Taiwan that earned $8.1B in sales and $338M in profits in 2018. The PCSC total assets are worth $4.2B. 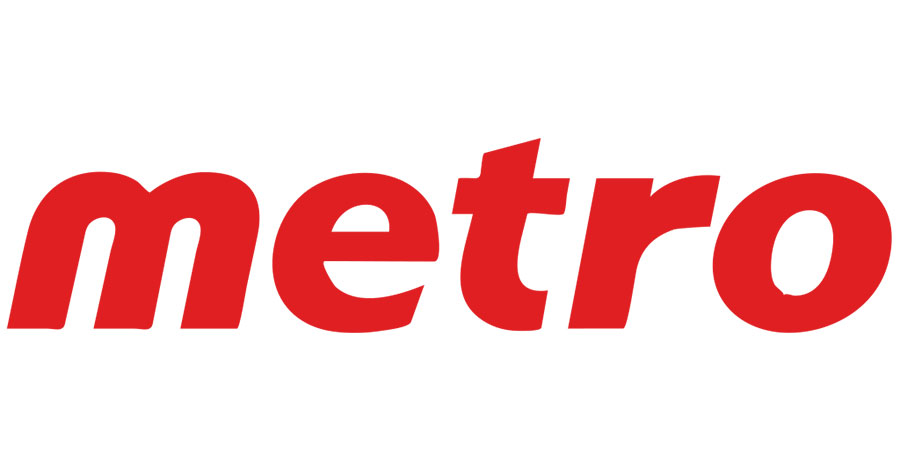 Metro Inc. (further Metro) is the 3rd biggest grocer and one of the leading food retailers in Canada, that registered a market value of $9.4B last year. Metro operates around 365 supermarkets and 140 groceries across Quebec and Ontario that brought it $12.2B in sales in 2018. 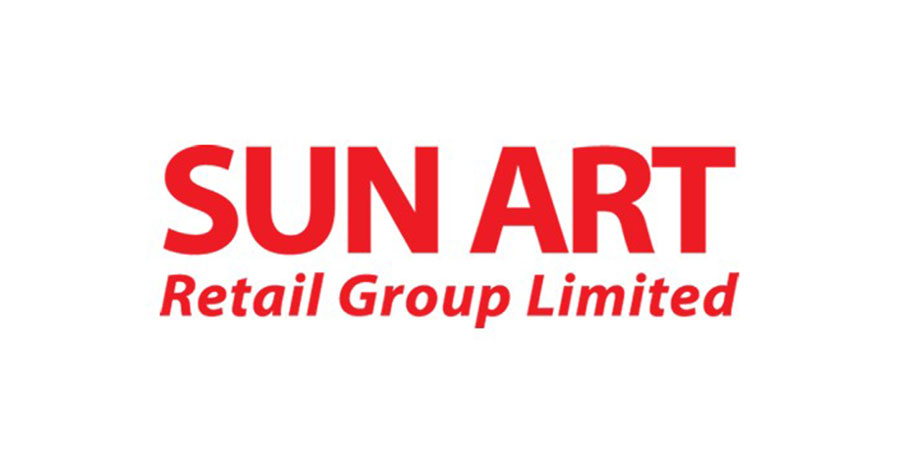 Sun Art Retail Group (further Sun Art) is a joint venture of RT-Mart and Auchan in Hong Kong with a market value of $8.5B. The Sun Art retail network counts over 350 hypermarkets in Hong Kong and mainland China that contributed to its annual sales of $15.1B and profits of $8.5B in 2018. 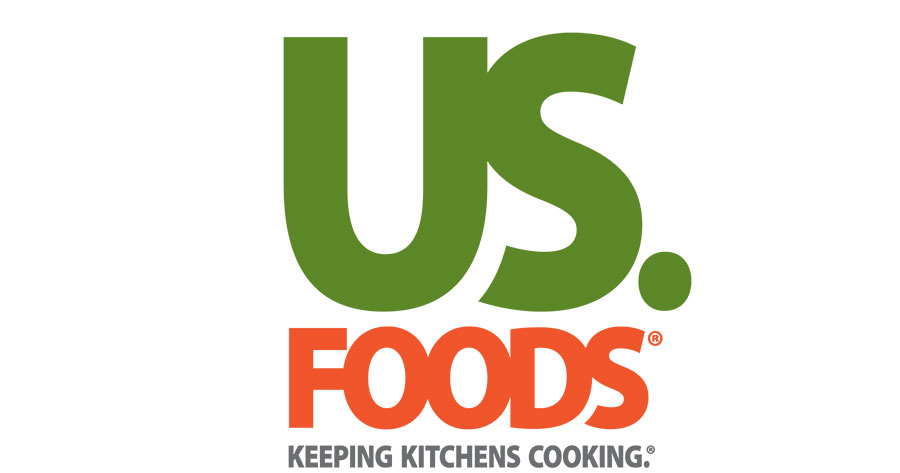 US Foods is a foodservice distributor from the United States, serving over 250,000 business customers in 60 locations across the country. It retails more than 350,000 local products. The company registered $24.2B in sales, $407M in profits and $9.2B assets in 2018. 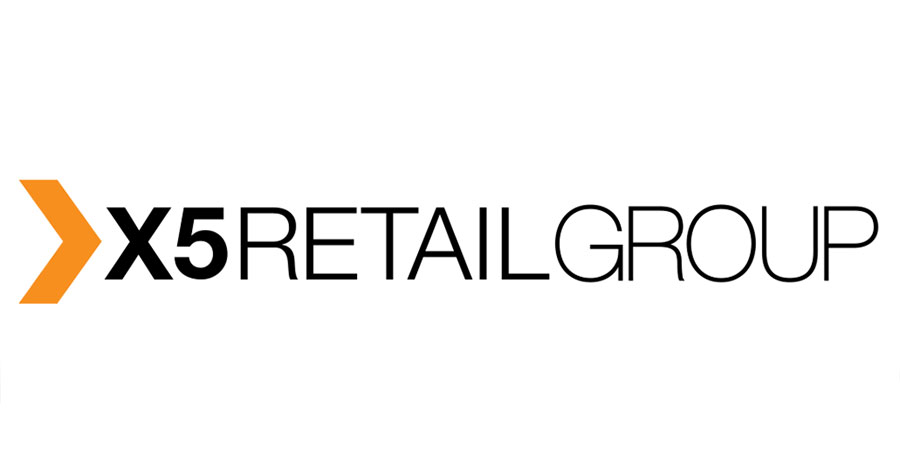 X5 Retail Group is a Dutch company, operating the largest food retail chain in Russia with a market value of $7.5B. It counts over 11,200 proximity stores, as well as multiple super- and hypermarkets across Russia. The company’s registered annual sales for the last year were $24.4B, resulting in profits of $456M. The total assets were worth $8.9B in 2018. 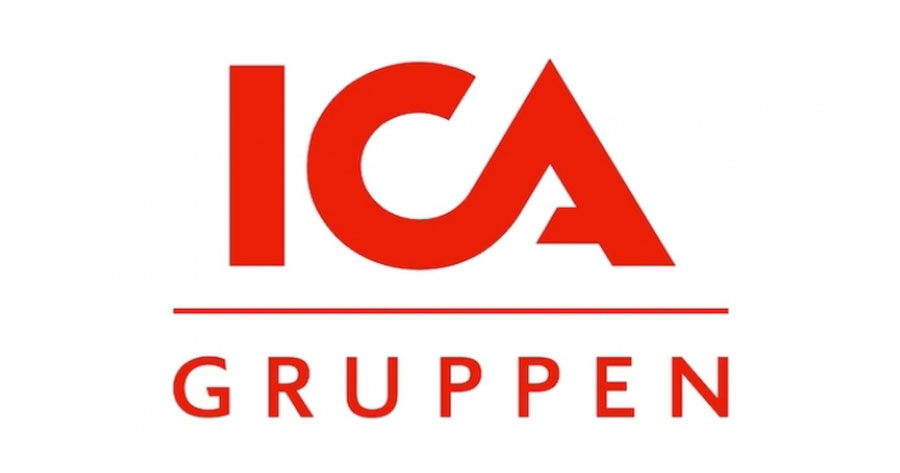 ICA Gruppen AB (further ICA) is a food and health retailer from Sweden, operating in Scandinavia. The company runs over 2,000 retail locations in Sweden and around 800 in Norway. It also has discount stores in the Baltic countries. The company's retail chain generated $13.3B in sales in 2018. The market value of the ICA was $7.4B in the same year. 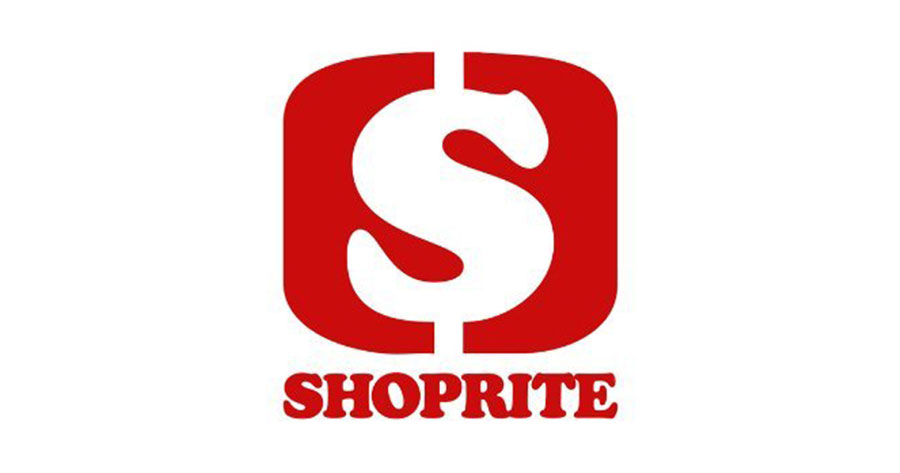 The Shoprite Group of Companies (further Shoprite) is the biggest food retailer in Africa in terms of market value ($7B in 2018) and retail network size (around 2,700 stores in 15 countries). Shoprite operates 8 brands across Africa and Madagascar. The company made $11B in sales and $343M in profits in 2018. 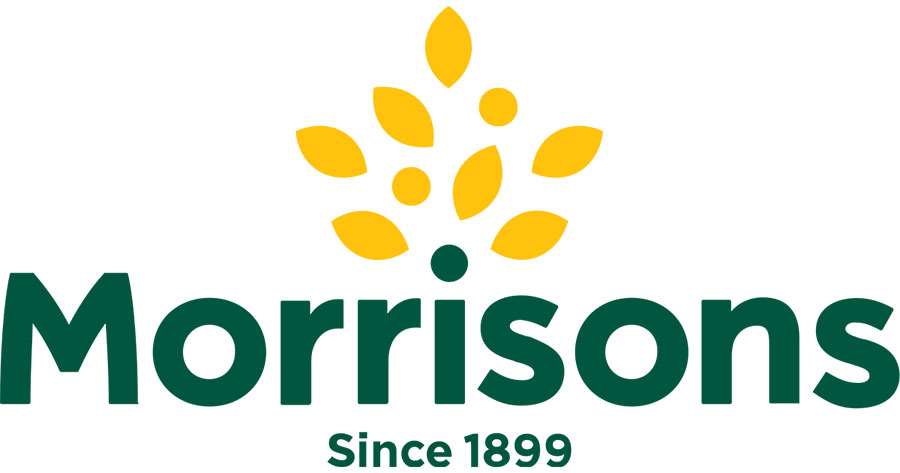 Wm Morrison Supermarkets plc (Morrisons) is a chain of supermarkets from the UK with over 500 stores across the home country and a market value of $6.9B as of 2018. Over 110,000 professionals employed by this retailer serve near 11M customers weekly, thus generating significant sales. For example, sales for the last year were $23.5B. 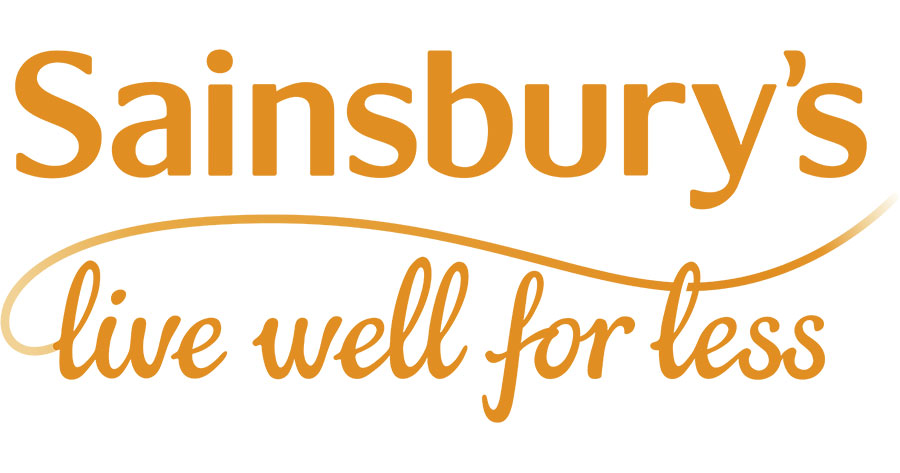 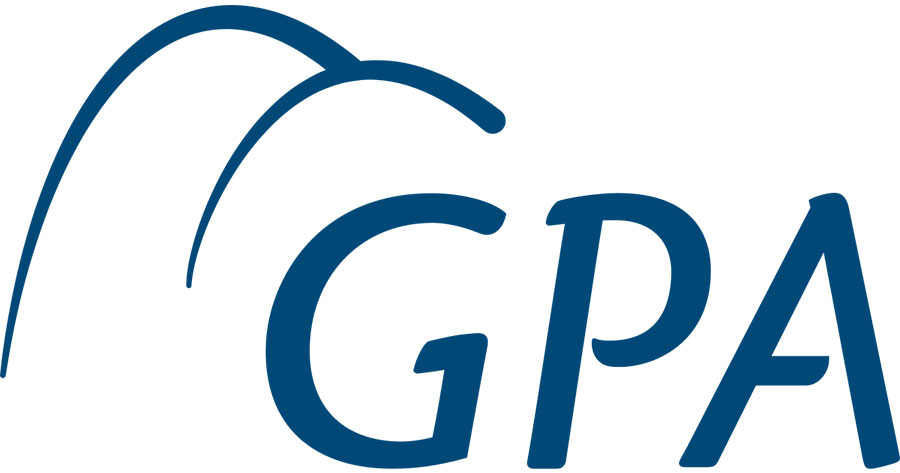 Companhia Brasileira de Distribuicao (further GPA) is the largest retailer in Brazil in terms of market value ($6.3B as of 2018). GPA operates super- and hypermarkets, as well as household appliances stores across South America. They earned $13.5B in sales in 2018. 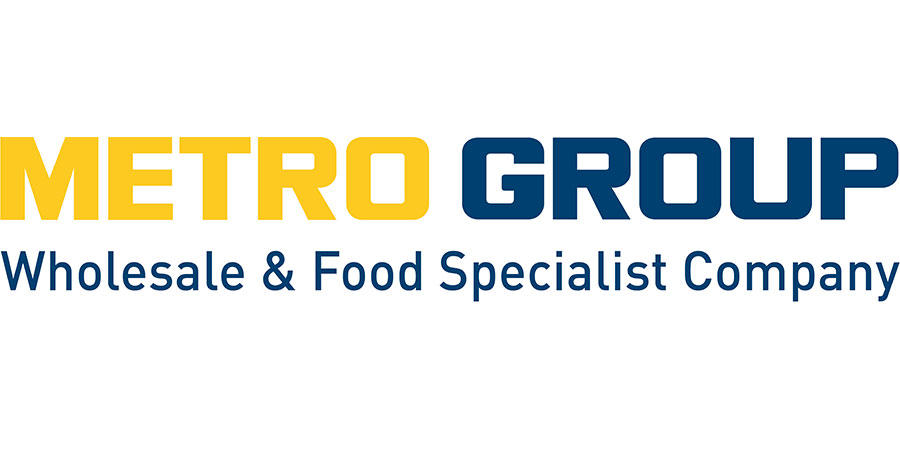 Metro AG is world-renowned retail and wholesale company with a market value of $6.1B, reached in 2018. It operates 769 Metro Cash & Carry hypermarkets in 26 countries and 325 Real hypermarkets in 3 countries. They generated annual sales of $32.3B in 2018. 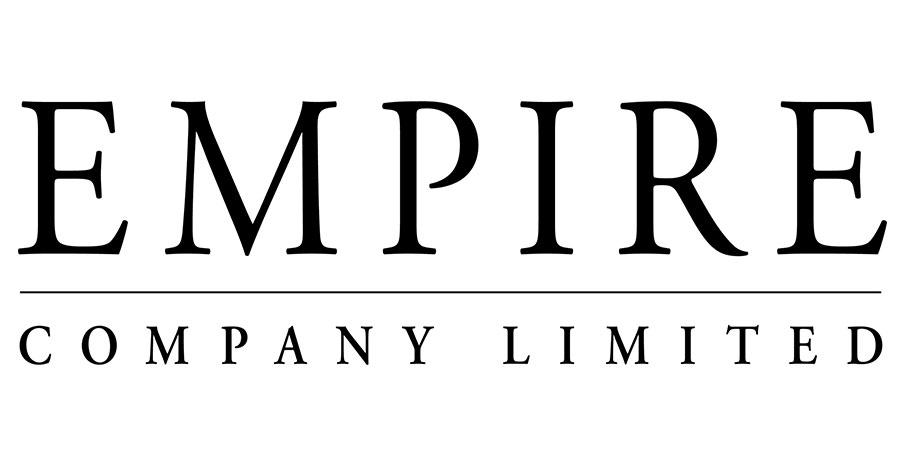 Empire Company Limited (further Empire) is a corporate investment and food-retail company from Canada, operating over 1,500 stores across the home country. The 7 brands owned by Empire registered common sales of $19B and $258M in profits in 2018. The company’s assets were worth $7.1B in the same year. 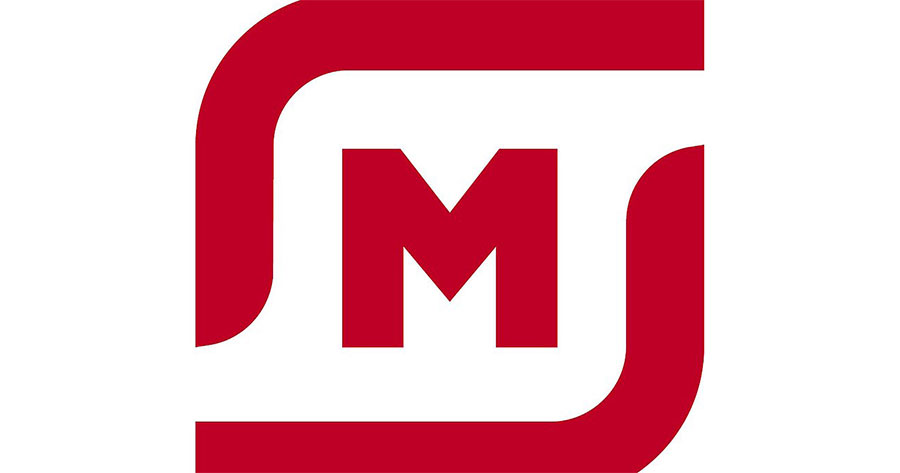 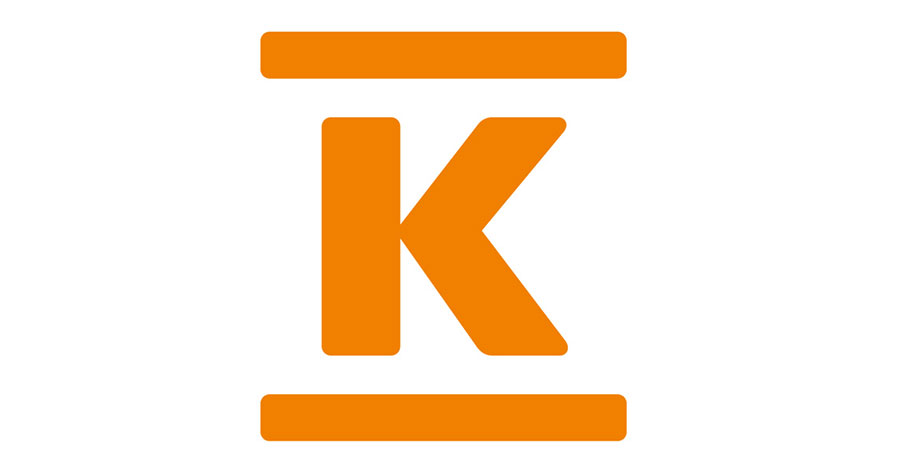 Kesko Oyj (further Kesco) is the biggest retail syndicate in Finland in terms of market value ($5.6B), as food retail is just one of its business directions. Its subsidiaries in Nordic and Baltic states, including Finland, as well as in Russia and Belorus, earned $12.2B in annual sales in 2018. 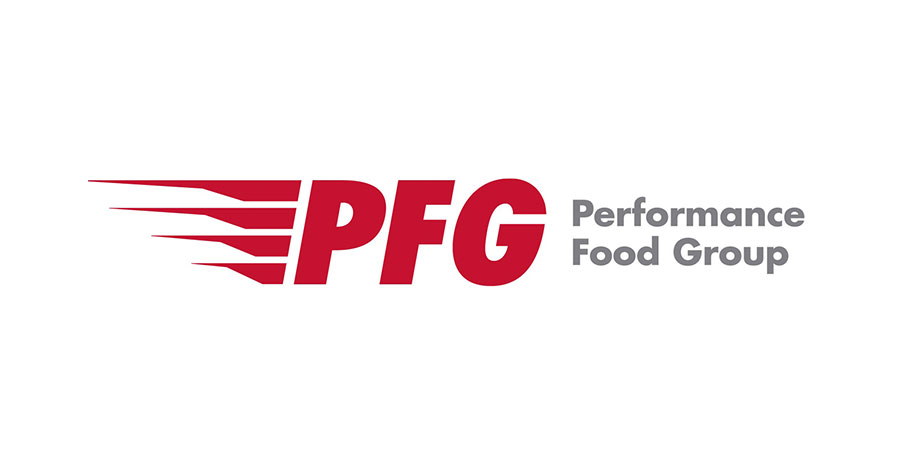 Performance Food Group Company (further PFG) is a food distributor from the US, operating 3 divisions, that together generated $18.1B in sales in 2018. The company operates $4.2B assets and has a market value of $4.3B.