As far as petroleum is critical for many industries and vital for many nations, the attention of the whole world is riveted on the situation in the oil and gas industry. In 2018 the sector managed to recover after the 2014 recession, the main reasons including but not limited to the production restraint agreement and the continuous increase in demand for oil. The estimated demand growth for 2020 is 1.4M barrels per day, according to EIA.

Petroleum takes a big part of the world's energy consumption, e.g. 32% in Europe and 53% in the Middle East. The global consumption of oil is 300B barrels per year and, and, as the level of industrialisation is continuously growing, this number is expected to increase too. Of course, there are developed multiple alternative energy sources, but they can not meet the growing needs of the population and industry yet. This is why the oil and gas industry still is one of the most investment-attractive and propitious in the world.

This time we’ve compiled the list of the world's largest oil and gas operating companies by sales for the previous year, in the hope that getting a deeper view of their financial insights, you’ll gain an overall picture of the industry, that will help you discover its investment and business development potential.

*National currencies were converted to USD using an average exchange rate for 2018. 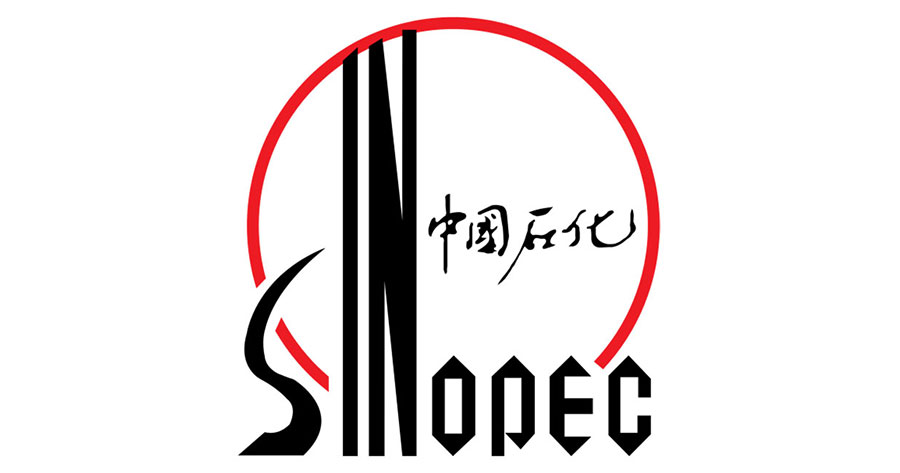 China Petroleum & Chemical Corporation, the world's biggest oil & gas operating public company by sales, generated annual revenue of $399.7B in 2018. The company is exploring, refining, producing, marketing, storing, transporting, selling, importing and exporting petroleum, gas and petrochemicals. These activities resulted in $9.5B annual revenue and $105.6B in market value in 2018. 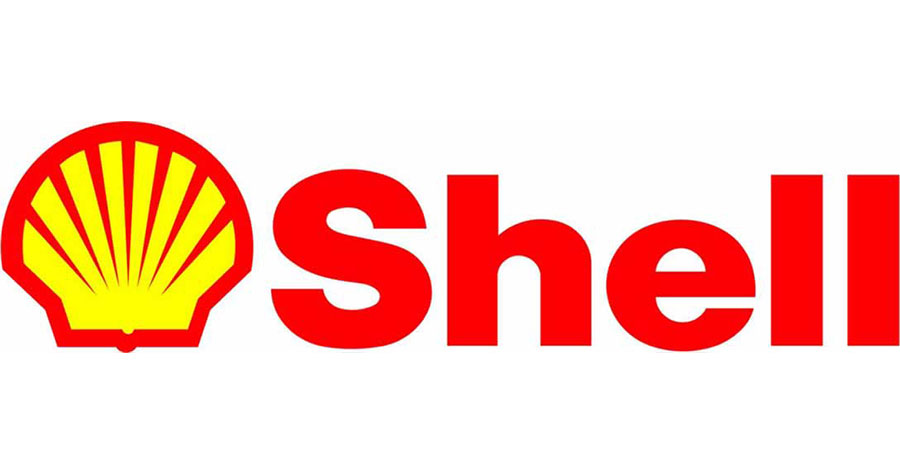 Royal Dutch Shell plc, the British-Dutch company from the Netherlands, is the biggest European company by revenues in 2018, its sales being $382.6B for that year. The company is primarily listed on the London Stock Exchange with a market value of $264.9B and is the world’s 2nd largest oil & gas company by market cap. Shell’s assets, worth $399.2B, make it the largest company in terms of assets. 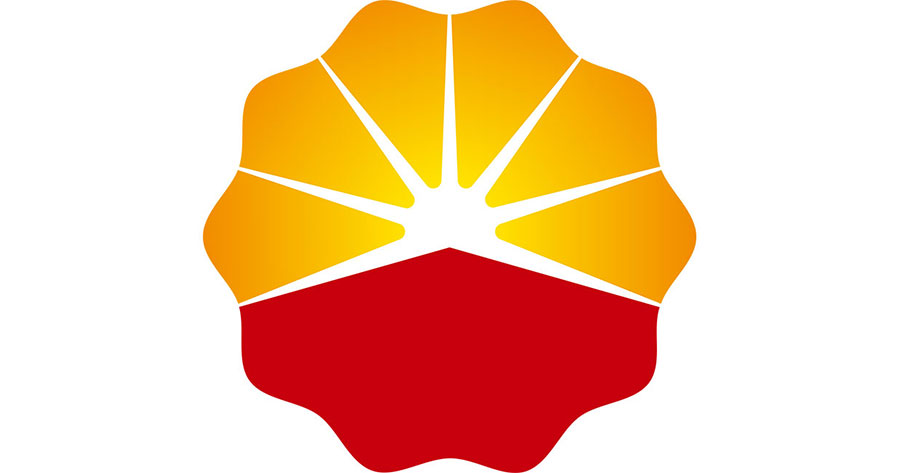 PetroChina Company Limited, a branch of the China National Petroleum Corporation, is the 2nd largest oil producer locally by sales ($322.8B in 2018), and 3rd in our global top 30 oil and gas operating companies. It is focused on exploration, production, refining and marketing of oil, gas and chemicals and managed to earn $8B in profits as a result of its activity. The market value of the company was $198.7B in 2018. 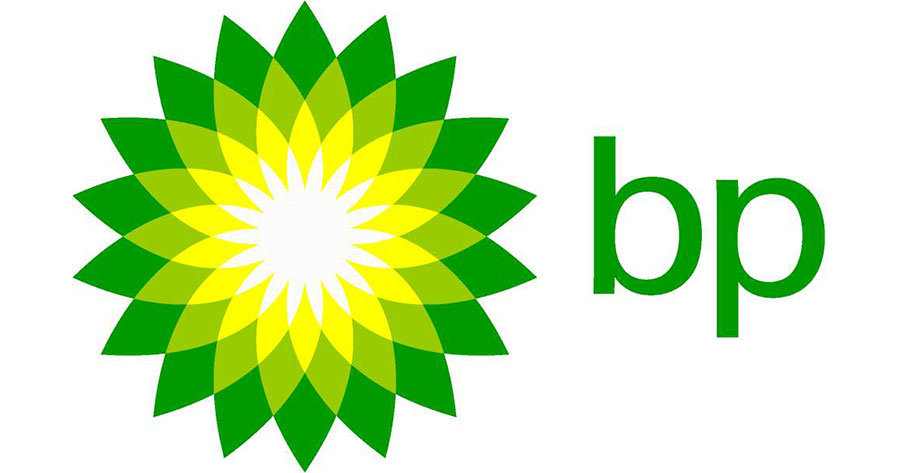 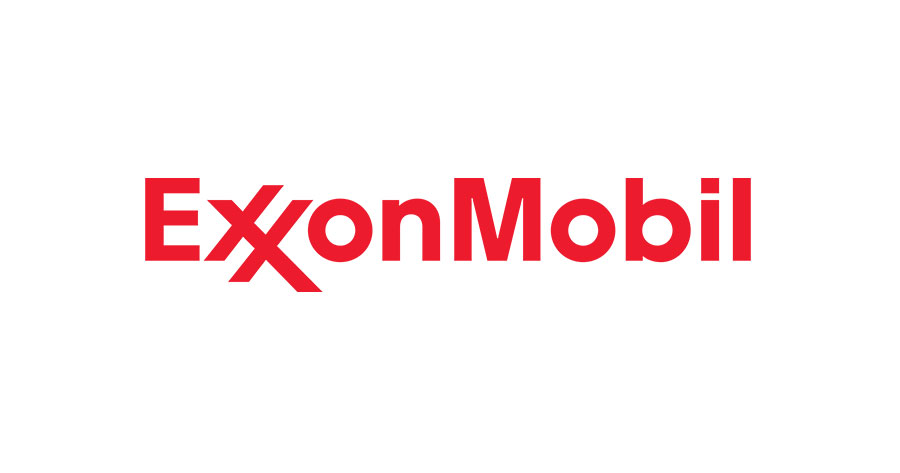 Exxon Mobil Corporation, the US multinational corporation, is one of the world's biggest public companies by market cap ($343.4B) and by revenue ($279.2B). ExxonMobil operates in 21 countries, owning 37 oil refineries, and is the biggest refiner in the world with $346.2B in assets. It produces crude oil, natural gas, oil products, petrochemicals, and operates in the power generation field. 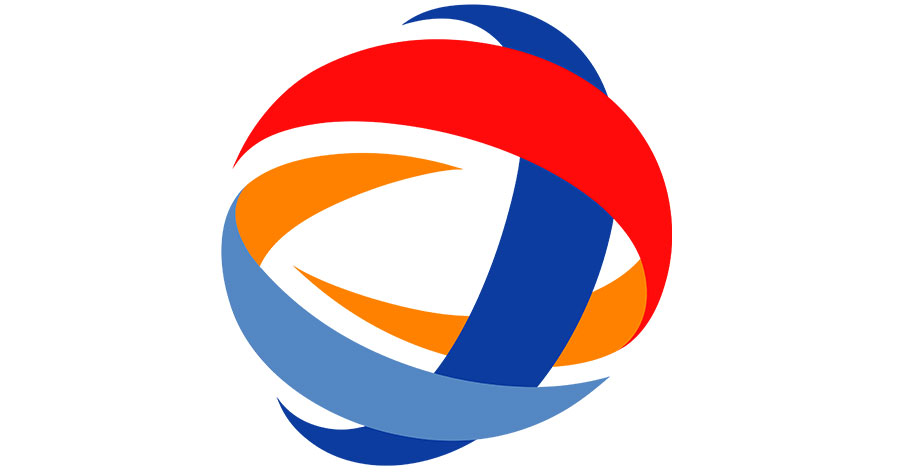 Total S.A., the biggest French company from the industry, has a full oil & gas operation cycle, from exploration to product marketing. The company manages around 1,000 subsidiaries (214 of them - joint ventures) that generated sales of $184.2B and profits of $11.4B in 2018. Total is primarily listed on Euronext with a market value of $149.5B. 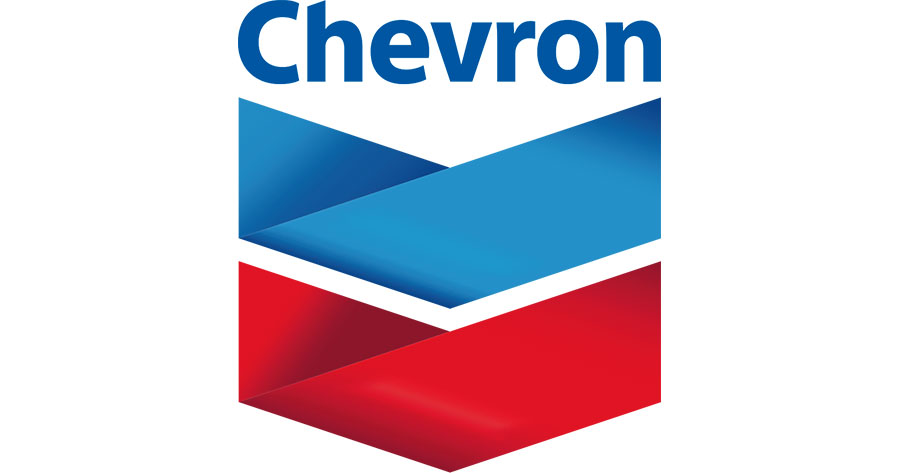 Chevron Corporation, the multinational energy company from the US, operates in over 180 countries in oil, gas and geothermal energy sectors. These activities generated $158.7B in sales and $14.8B in profits in 2018. Chevron is listed on the NYSE. It has a market value of $228.3B and is the world's 16th biggest corporation, according to Forbes, with assets of $253.9B. 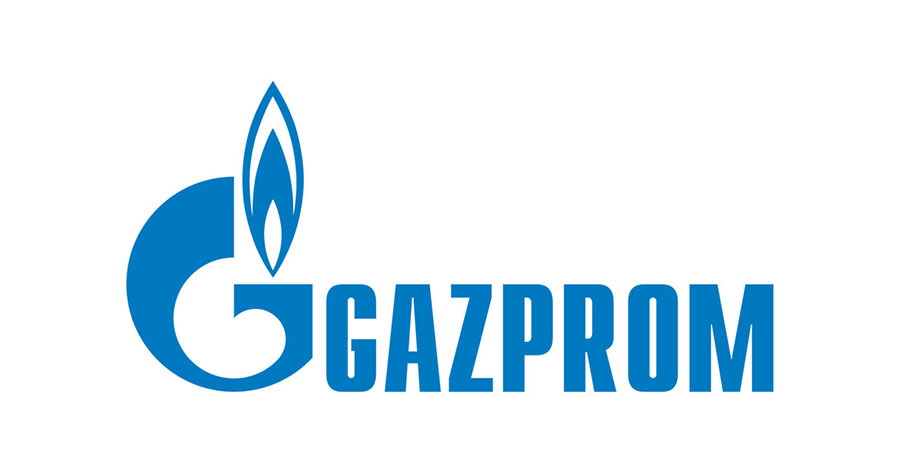 Public Joint Stock Company Gazprom is the Russian natural gas extracting and producing monopolist. Gazprom is transporting and selling fossil gas across Europe and Asia via its 158,000 km long pipelines system with 218 compressor stations. The company is listed on the Moscow Exchange and has $59.9B market value. It managed to generate a $128.4B annual revenue and $18.9 B in profits in 2018. 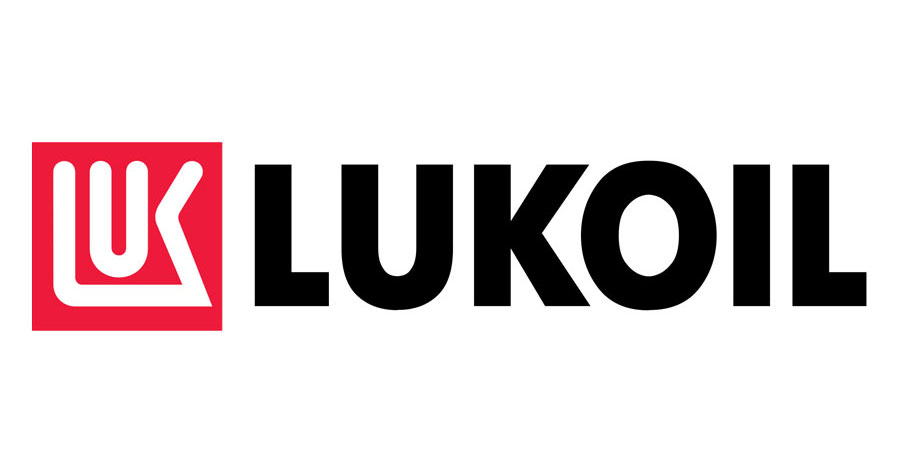 PJSC Lukoil Oil Company, the 2nd biggest Russian company after Gazprom, is the leading local non-state company by revenue in 2018 ($128.5B, of which $127.9B from sales. Lukoil is one of the biggest crude oil producers in the world, operating in over 40 countries and managing assets worth $82.6B. 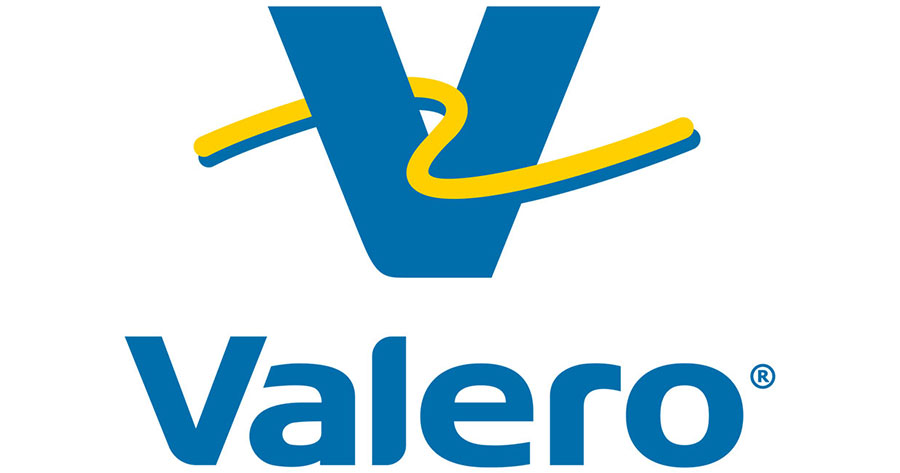 Valero Energy Corporation, a Fortune 500 list member from the US, manages 16 refineries in North America and the UK, and 11 ethanol plants. Their combined throughput capacity is 3M barrels per day and 4,5M m3 per year, respectively. They earned $117B in sales and reported $3.1B in profits in 2018. Valero has a $36.8B market value and is listed on the NYSE. 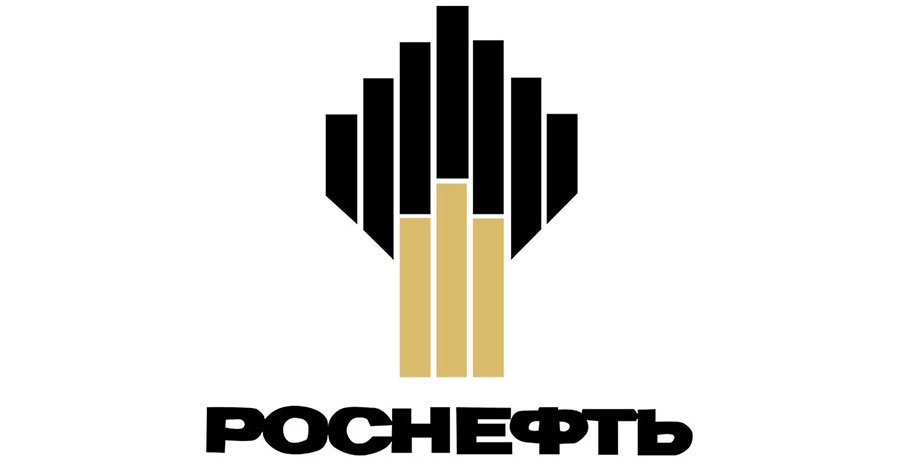 PJSC Rosneft Oil Company, the 2nd biggest oil company by retail network in Russia, is a public enterprise, listed on the Moscow Exchange. Rosneft is controlled by the local Government. The company's operations in over 20 countries (including numerous filling stations, 1,800 of them in Russia) brought Rosneft $112.9B in sales and a market value of $72.2B in 2018. 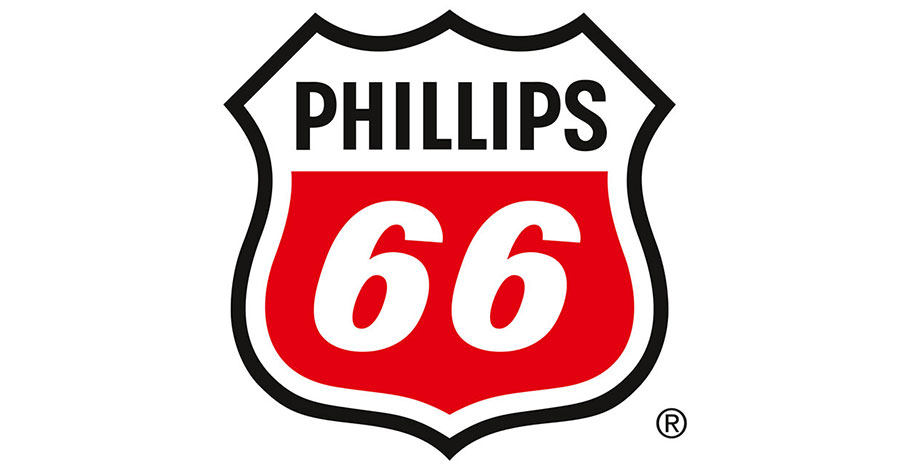 Phillips 66 Company, the ConocoPhillips spin-off, is traded on the NYSE. Its market value was $43.4B as of 2018. The company is a member of the Fortune 500 list due to solid sales ($111.3B) and substantial assets (worth of $54.3B). Phillips 66 has a widespread operations network in over 65 countries, including 13 refineries in the USA, the UK and Germany. 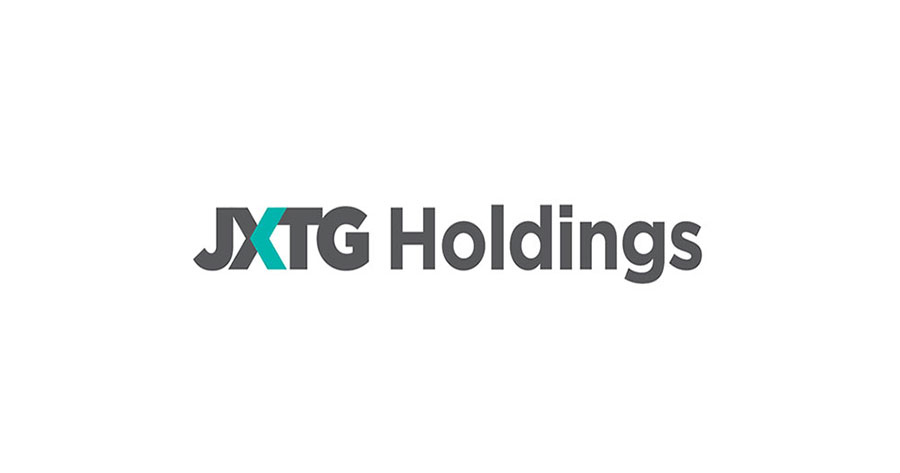 JXTG Holdings, an oil and metals syndicate from Japan, is a multinational group of companies with 3 main business focuses: oil and gas exploration and production, oil refining and marketing, mining and metal. Their joint effort has led to $101.8B in sales, $3.4B in profits and $80.9B in assets in 2018. JXTG group is listed on the Tokyo Stock Exchange. Its last year market cap was $16.6B. 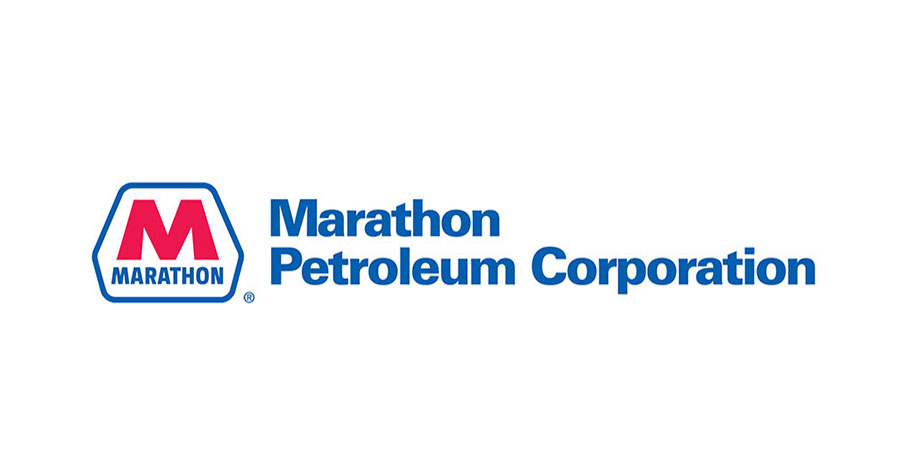 Marathon Petroleum, the spin-off of Marathon Oil, is an oil refiner, marketer and transporter from the US and one of the biggest North American corporations in terms of total revenue ($96.5B in 2018). Marathon Petroleum is also the biggest oil refinery operator in the US with 16 refineries under its management, that generated annual sales of $96.1B and profit of $2.8B in 2018. 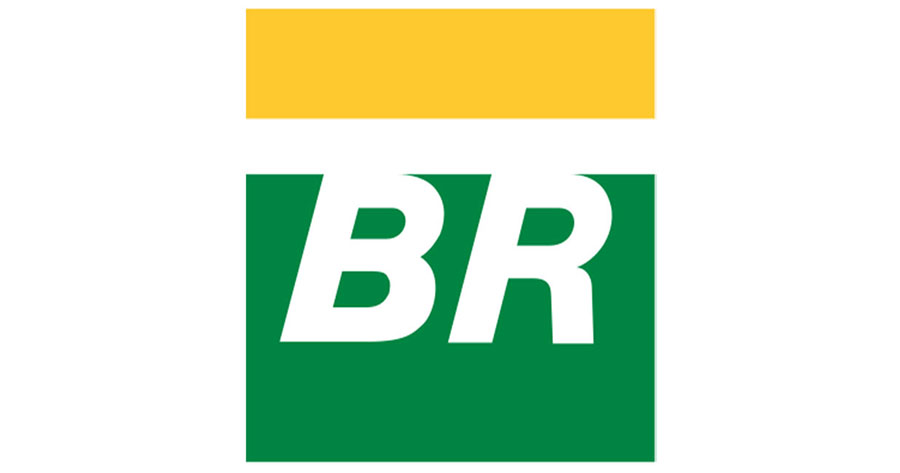 Petróleo Brasileiro S.A. - Petrobras, the biggest petroleum corporation in Brazil, operates in 6 business areas. They are covering the whole fuels production and retail cycle - from exploration and refining to marketing of petroleum products. These activities brought the company $95.7B in sales, $7.1B in profits, $222B in assets and a $91.2B market value in 2018. Petrobras is listed on the B3 (Brazilian Stock Exchange). 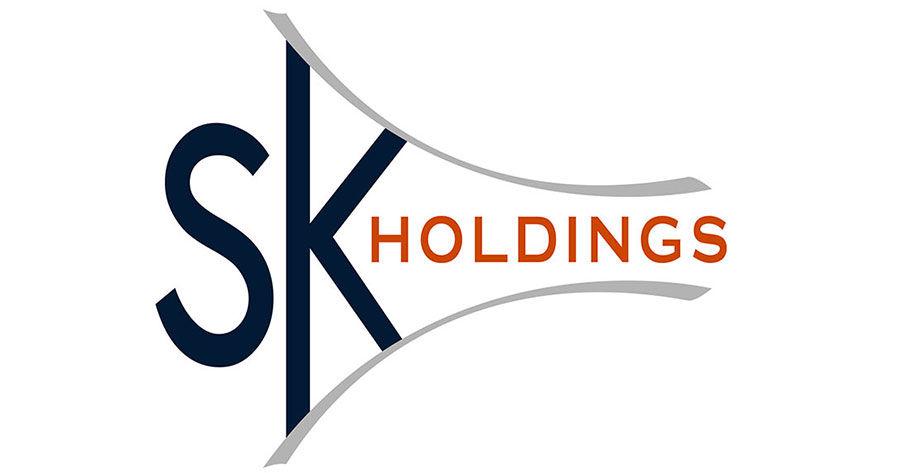 SK Holdings, the South-Korean leading oil & gas company, is one of the 95 subsidiaries of the 3rd biggest local conglomerate SK Group. It operates offices all over the world. These earned $92.2B in sales in 2018. SK Holdings is listed on the Korean Stock Exchange and had a market value of $13.1B as of 2018. 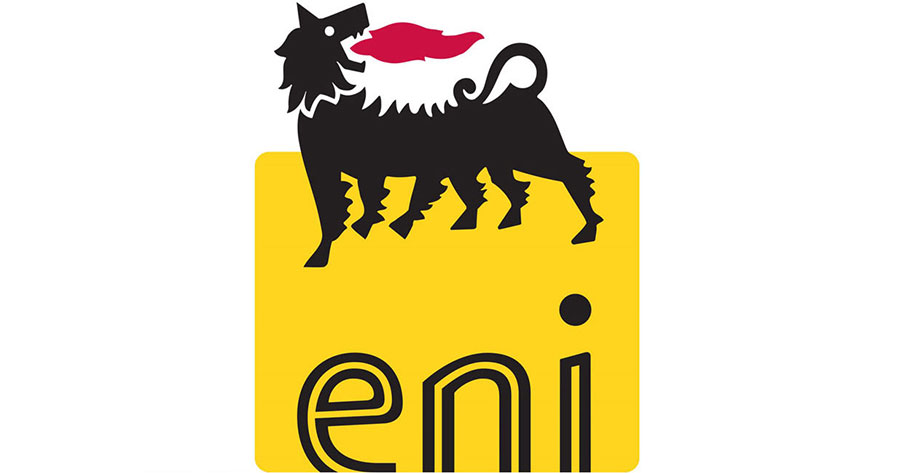 Eni S.p.A., one of the global supermajors from Italy, which operates in 79 countries and has a market cap of $62.5B, making it one of the biggest industrial companies in the world. The company has around 130 exploration and production branches, that managed to generate $89.4B in sales in 2018, 25% more than in the previous fiscal cycle. The 2018 profits were $5B. 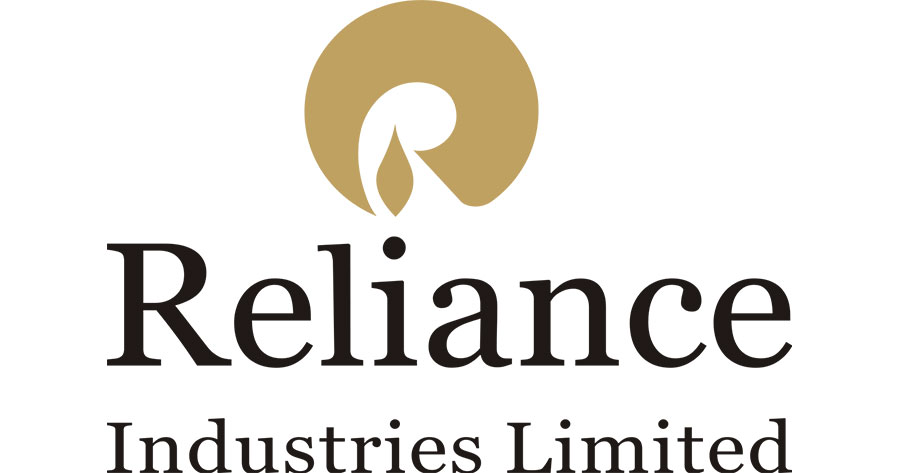 Reliance Industries Limited, one of the leading Indian conglomerates, operates oil & gas, media & telecommunications and textiles & retail businesses, having a total market value of $126.4B. Reliance Industries has over 120 subsidiaries that reported $79.7B in sales, $5.6B in profits and $124.6B in assets in 2018. 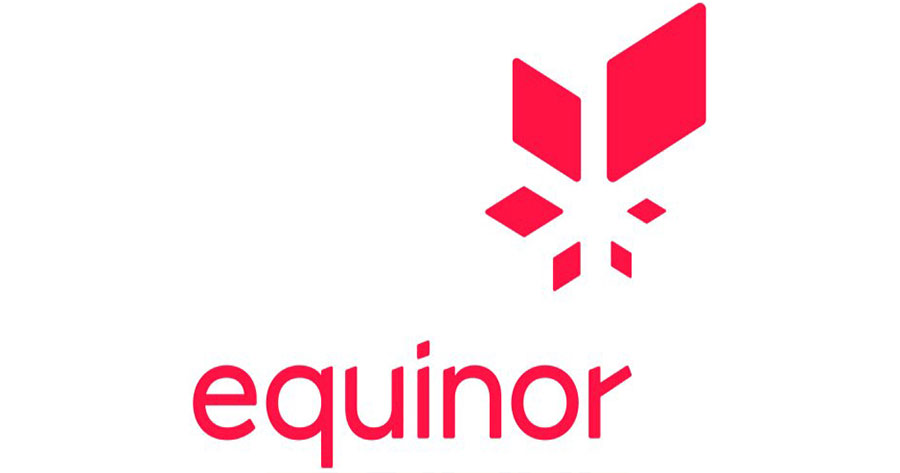 Equinor ASA, an oil and wind energy enterprise from Norway, is the result of a merger of Statoil and petroleum and gas branch of Norsk Hydro. By 2018 Equinor had a market value of $77.6B and assets worth $112.5B. The company operates oil and gas fields in 13 countries and processing facilities in 4 countries that altogether generated $77.9B in sales in 2018. 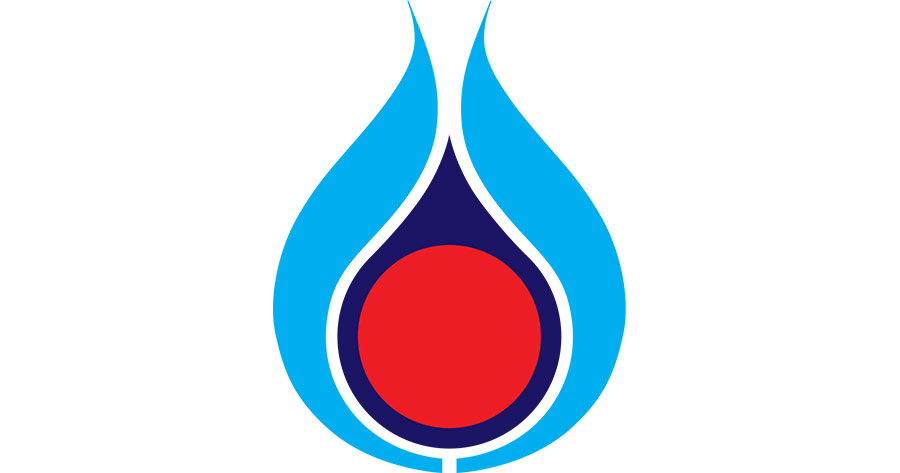 PTT Public Company Limited, the biggest oil & gas operating company in Thailand, is a state-owned enterprise, which is listed on the Stock Exchange of Thailand and has a $43.8B market cap. Besides the home country, PPT PCL operates in Singapore, Mozambique, Indonesia and the Philippines, earning as much as $72.3B in sales in 2018. 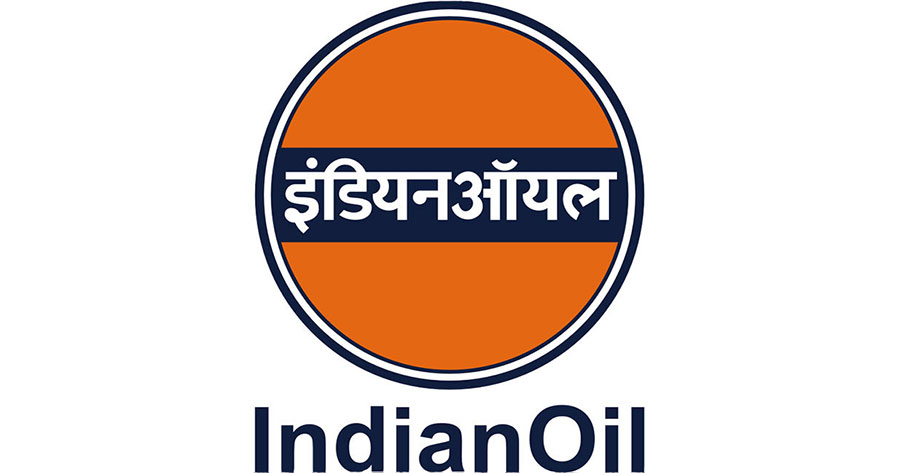 Indian Oil Corporation Limited, a state-owned enterprise from India, operating as an oil & gas producer and marketer, is listed on the Bombay Stock Exchange. Its 7 business divisions, covering the cycle from exploration to transportation and retailing, contributed to the company’s annual sales of $64.3B, assets value of $45.4B and market value of $21.9B in 2018. 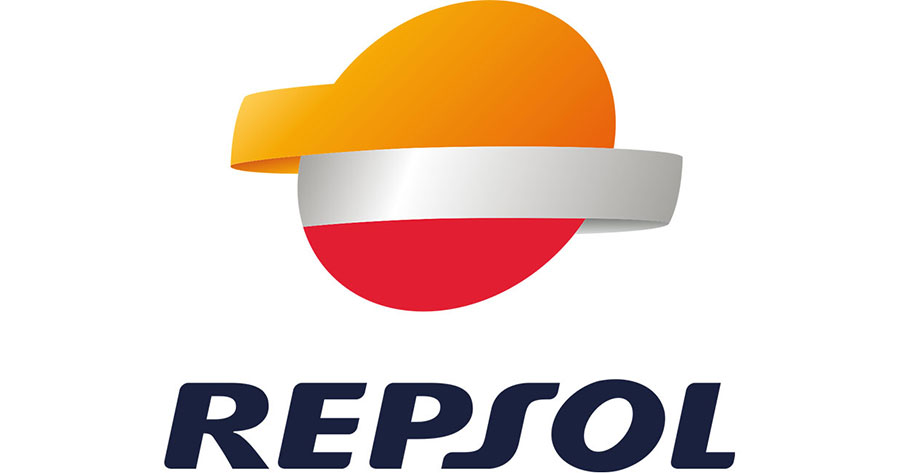 Repsol S.A., the biggest energy company in Spain by sales ($58.8B), operates across the Americas, Asia and Europe and records a $26B market value. Repsol is focused on upstream and downstream activities, as well as chemicals, gas and electricity. The exploration sites, refineries, petrochemical complexes and other facilities, owned by the company, contribute to the total assets value of $69.5B. 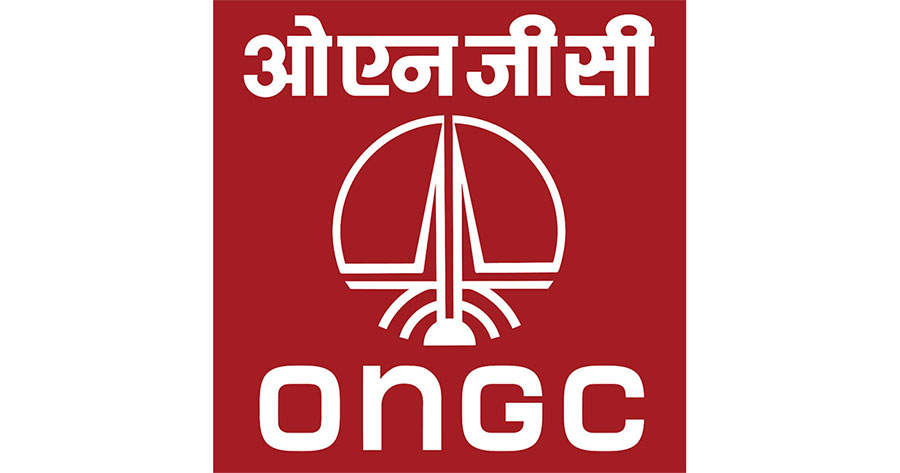 Oil and Natural Gas Corporation (further ONGC) is the biggest oil & gas exploration and production company in India, producing 70% of the country’s crude oil and 62% of natural gas. ONGC has 38 international projects in 17 countries, resulting in annual sales of $49.9B and profits of $3.4B. The company is listed on the NSE (National Stock Exchange of India), and its market value is $29.6B. 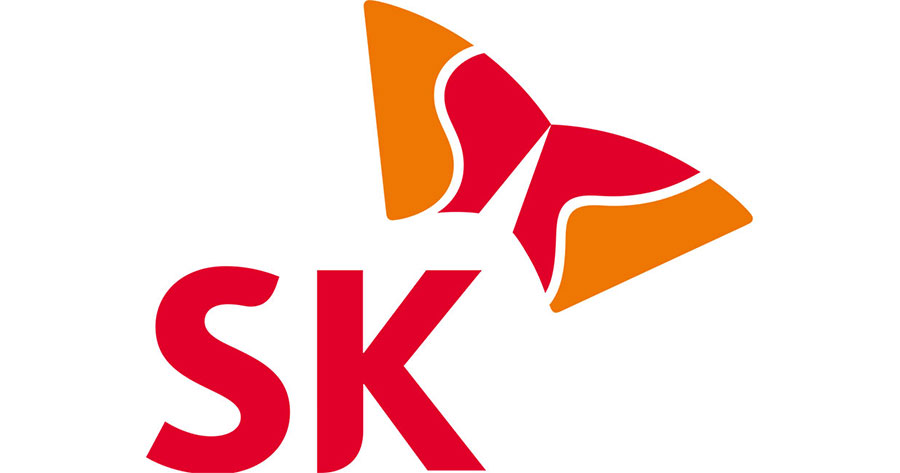 A petrochemical spin-off of the SK Group from South Korea, SK Innovation has a market value of $14.8B, and is listed on the Korea Exchange. Owning $32.3B worth assets, the company earned $49.5B in sales and $1.5B in profits in 2018. 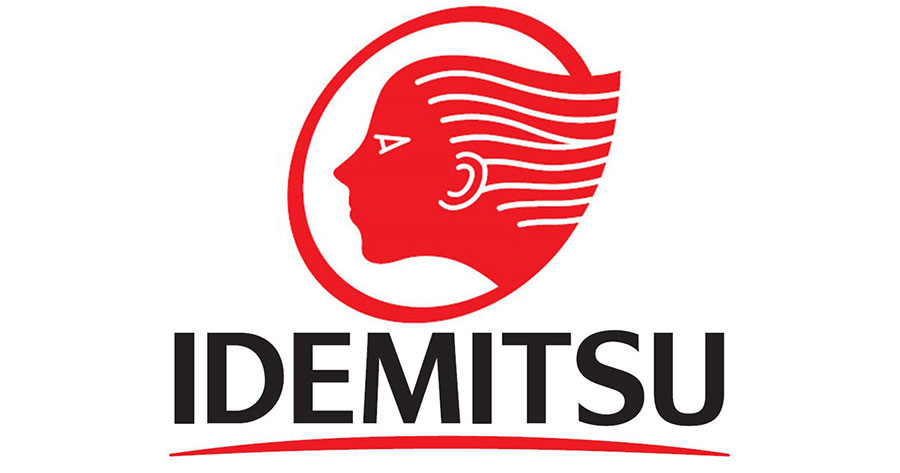 Idemitsu Kosan Co., Ltd., a petroleum company from Japan with a market value of $9.2B, is the 2nd biggest refiner in the country after Nippon Oil. Idemitsu is the owner of 4 refineries, which make 13% of the country’s refining capacity. They contributed to the company's annual sales of $39.9B in 2018. 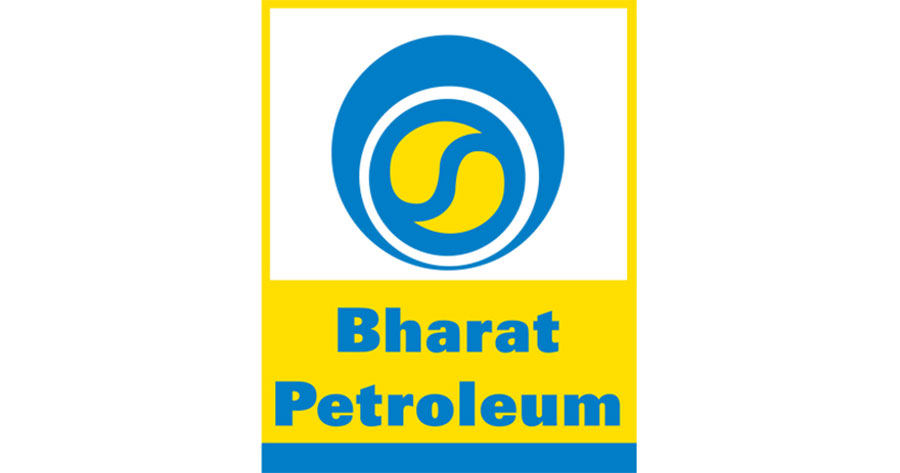 Bharat Petroleum Corporation Limited, an Indian petroleum company, controlled by the Government, is the 2nd biggest downstream petroleum company in the country. It operates two of the largest local refineries, that managed to generate $36.5B in sales in 2018 and contributed to the total assets value of $18.8B. 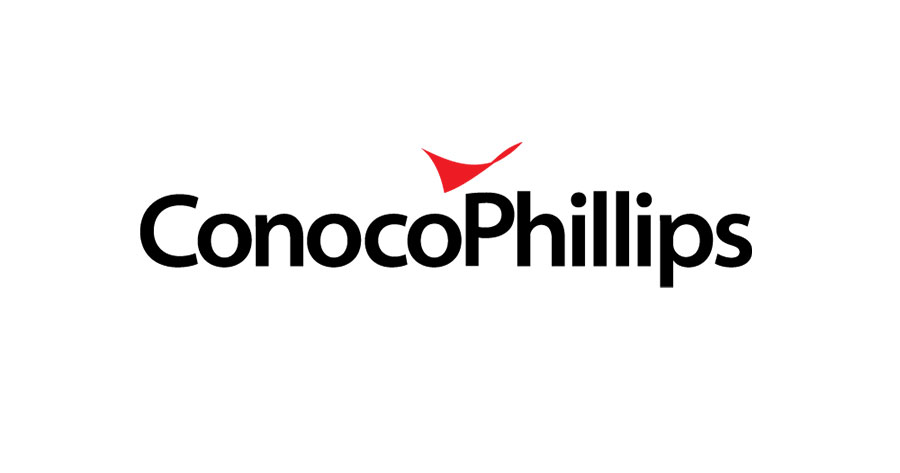 ConocoPhillips, one of the biggest US corporations by revenue ($36.4B as of 2018), is the most prominent independent pure-play oil & gas explorer and producer in the world. It is also the company that spun off Phillips66, controlling its downstream assets. Now the ConocoPhillips total assets are worth $70B as of the end of 2018. They managed to generate $6.3B in profits in the same year. 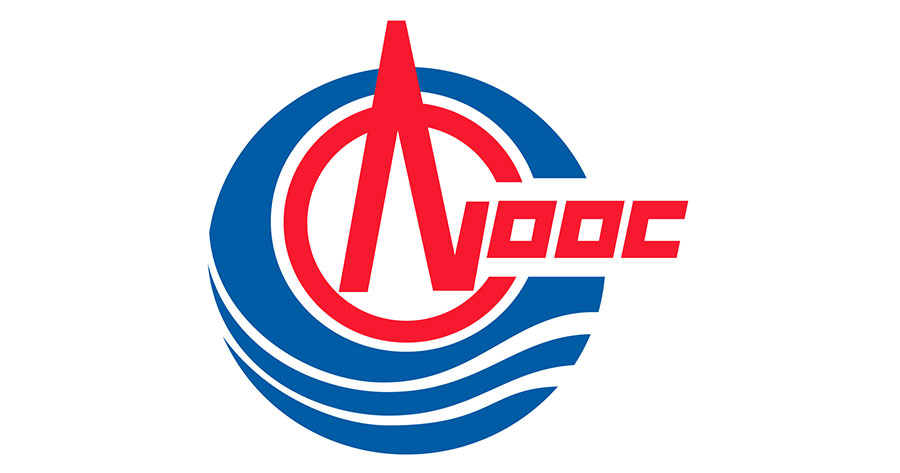 China National Offshore Oil Corporation is one of the biggest Chinese energy enterprises. It operates mainly in the home country, exploiting, exploring and developing the offshore China crude oil and natural gas fields. These activities brought the company annual sales of $33.9B and profits of $8B in 2018. 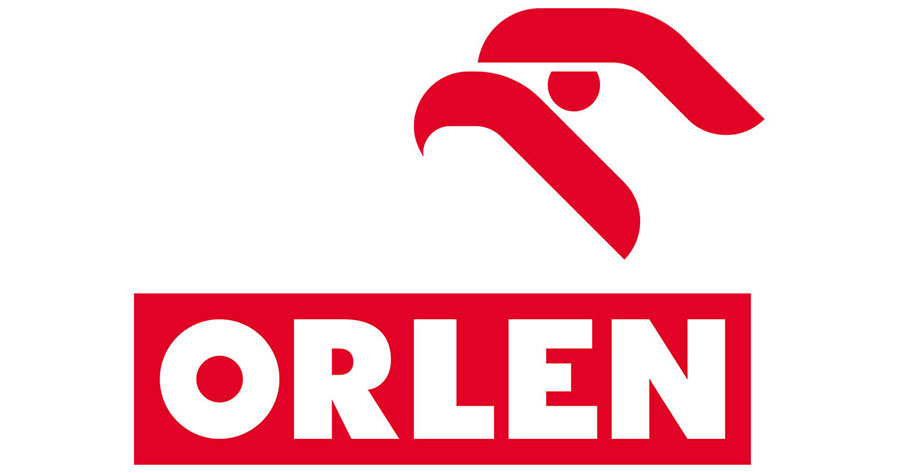 PKN Orlen, the largest petroleum refiner and retailer of its products in Poland, operates across 6 European countries. Its retail network counts more than 2,000 locations in Poland, making the company the biggest local fuel retailer, and over 600 gas stations in Germany. 2018 was marked with $30.4B in sales for PKN Orlen, generated by its activities across Europe. 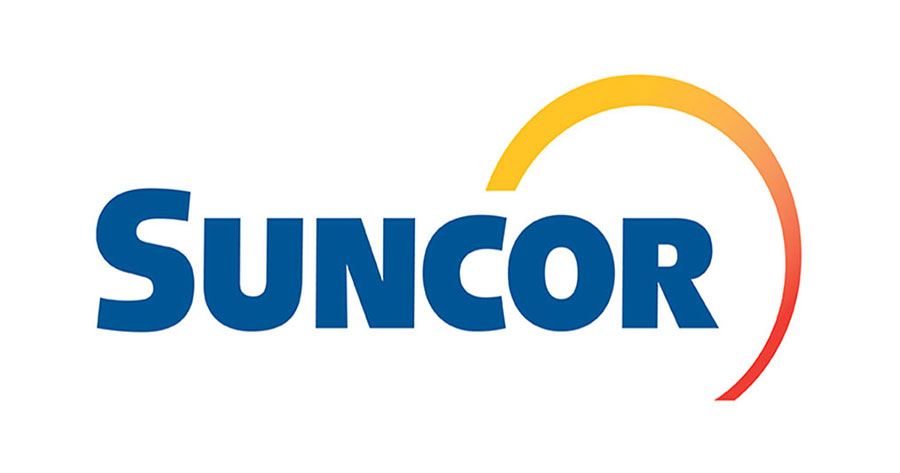 Suncor Energy, the biggest energy company in Canada, is a manufacturer of synthetic crude from oil sands and petroleum refiner and retailer. Suncor managed to earn $29.7B in sales in 2018, operating in offshore developments and refineries in North America, Latin America and the Middle East.